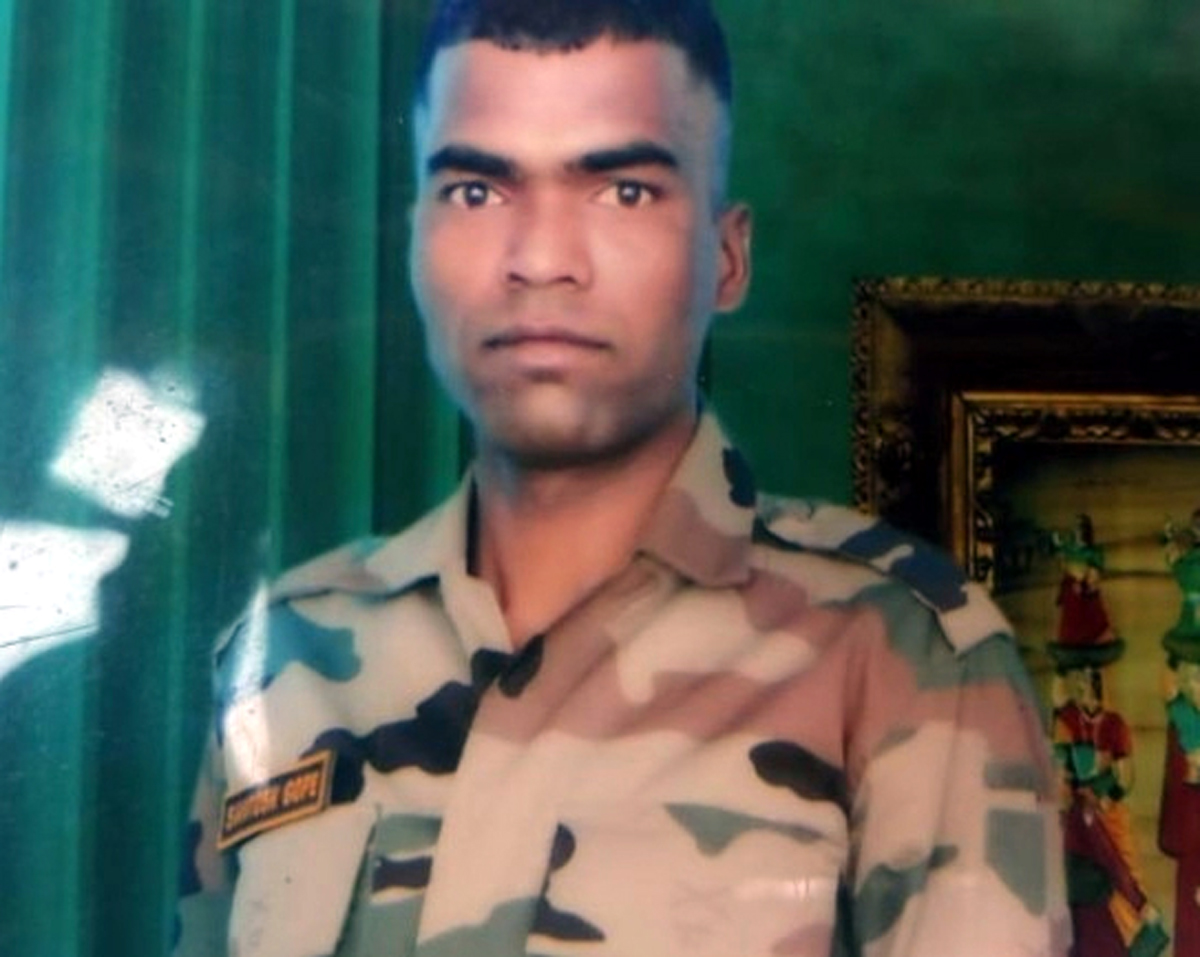 Army jawan martyred in Uri
Excelsior Correspondent
JAMMU, Oct 13: Indian Army has inflicted heavy casualties and damage on Pakistan side in Hajipeer and Neelum Valley sectors of Pakistan occupied Kashmir (PoK) following martyrdom of an Army jawan in Uri sector of Baramulla district.
Reliable sources said the Indian troops retaliated fiercely to continued shelling by Pakistan army on the LoC in which Pakistani troops suffered heavy casualties, both fatal and non-fatal, in Hajipeer and Neelum Valley sectors in PoK. Number of Pakistani posts and bunkers were damaged.
The Indian retaliation, according to sources, came after an Army soldier attained martyrdom in mortar shelling and firing by Pakistan in Uri sector of Baramulla district in the Kashmir valley.
The martyr has been identified as Santosh Lal, a resident of village Mamarla in Jharkhand State. His body was shifted to Srinagar and is in the process of being sent to his native town in Jharkhand with full military honours.
Parents of the martyr in Jharkhand said: “He (Santosh Lal) was the sole bread-earner in the entire family. He had invested his money to build a house for us. He was about to come home for Diwali. However, we are proud parents that our son died for the country’’.
They said body of the martyr will be brought to village Mamarla on Monday.
Sources said exact number of casualties and damages on Pakistan side is being ascertained but it was “very heavy’’ going by intensity of retaliation by the Indian troops.
Sources said that Pakistani troops again violated ceasefire at around 2 pm today in Hathlanga area in Uri and Army gave befitting reply leading to intense shelling. The shelling continued till this evening. India and Pakistani troops exchanged firing along the LoC yesterday in Uri, Trehgam and Keran sectors.
Last week, a porter was killed and another injured in firing from Pakistan in Kamalkote sector of Uri in North Kashmir’s Baramulla sector. The incident happened at Nanak Post in Kamalkote sector of Uri on September 3 in which two porters were injured. One Ishtiaq Ahmad son of Hakim Din succumbed to injuries.
Uri has witnessed frequent shelling since August 5 this year between Army and Pakistani troops. Several houses were damaged in this sector and dozens of families have shifted from the area.
The villages of Dulanja, Batar, Mariyan, Kamalkote, Chakra, Isham, Mothal, Silikote, Hathlanga, Balkote, Tilawari, Chotali, Sumawali, Maidanan, Gagarhill, Tilawari, Churanda and Banali have been affected in recent shelling. Over three dozen houses were damaged in the shelling so far since August.