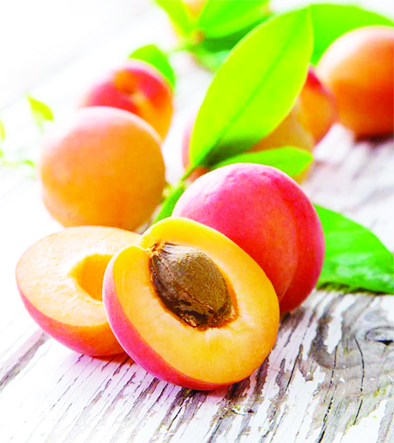 Dr. Vikas Sharma, Zahid Nabi Sheikh
APRICOT (Prunus armeniacaL.) originating from Rosaceae family,subfamily Rosidae and order Rosales, is known in different languages by different names like Khubani (Hindi), Zardalu (Sanskrit), Khubaani (Urdu), Khurmani (Punjabi), Malhoi (Assamese), Jardalu (Gujarati), Jardaloo (Marathi), Khubani badam (Oriya), Khubani fal (Bengali) and Apricot (Tamil, Telugu and Kannada). In Eastern countries, the Apricot is known as “Moon of the Faithful” and the ancient Persians referred it as “Egg of the Sun”. It is one of the remarkably beneficial fruits and is majorly cultivated in the Mediterranean Nations, Central Asia, Russia, USA, Iran, Iraq, Afghanistan, Pakistan, Syria and Turkey. United States produces practically 90% of the World’s apricot crop. In India, it is primarily developed in Jammu and Kashmir, Leh – Ladakh, Himachal Pradesh, Uttar Pradesh and furthermore in North Eastern Hills such as Arunachal Pradesh, Nagaland, Meghalaya, Sikkim and Manipur. The fruit generally matures toward the end of July till the mid of August. The fruit product has a particularly delectable taste, engaging smell, surface and changing tones from yellow to orange with a rosy arbitrary overlay.
TRADITIONAL USE: Apricothas been used in folk medicine as a remedy for various diseases.Bark is used as an astringent to soothe irritated skin. Kernel paste is used to heal vaginal infections and its oil is used in cosmetics to protect the skin from UV radiation and as a pharmaceutical agent (laxative and expectorant). Apricots are delicious when eaten fresh or can be used – in desserts, poached, stewed or pureed in jams, chutneys, pickles, compotes, salads or sorbets. Apricots are lovely accompaniments to meats and poultry. Strained baby foods from pulp of apricot are nutritious and a good source of calcium, phosphorus and iron.The extraction of oil of seed can meet the demand of edible oil, also oil cake can be used as organic manure andother industrial preparations. It is also reported to be use in asthma, constipation and cough.
MEDICINAL PROPERTIES
Anticancer: Apricots are rich in antioxidants and carotenoids that can protect our body from dangerous free radicals and prevent the damage of cells. Apricotkernel oil has been used for treatment of tumors and is currently marketed as a superfood for cancer. These apricot kernels are thought to contain amygdalin (vitamin B17), a cyanogenic glycoside, which shows cancer fighting and detox-enhancing properties.
Cardiovascular: Apricots contain great content of vitamin C, lycopene as well as potassium and dietary fiber which contribute to cardiovascular health. Vitamin C and lycopene in apricots diminish the chances of heart diseases like arteriosclerosis,heart attacks and strokes. Potassium controls blood pressure and lowers bad cholesterol (LDL) level in body while as dietary fiber scrapes the excess cholesterol from the lining of the vessels and arteries and thus minimizing the risk of heart attack.
Relieves asthmaandanemia: Apricot kernelshave been found to provide some expectorant and stimulant properties due to its essential oils. They can minimize the pressure and stress on the lungs and respiratory tract, hence reducing the risk of asthma and bronchitis.As we know that anemia is nothing, but deficiency of iron in the body, which can lead to weakness, fatigue and general metabolic dysfunction.Apricots can be used to treat anemia as they contain good quantity of iron and copper,whichenhance the properties of hemoglobin.
Good for eyes and skin: Apricots contain enormous amount of Vitamin A, also called as retinol and beta carotene that plays a significant role in the improvement of vision and prevent the risk of growing a serious eye-related disorder called Neovascular (ARMD) – an age-related macular degeneration that may lead to loss of eye sight over the years.Apricots are also good sources of vitamin B and vitamin C which makes it beneficial for skin health.Apricots are thought to aid in treating numerous skin ailments such as eczema, itching, scabies and a number of other irritating conditions. Its antioxidant property helps in preventing signs of premature aging.
(The authors are from Division of Biochemistry, Faculty of Basic Sciences, SKUAST-Jammu)