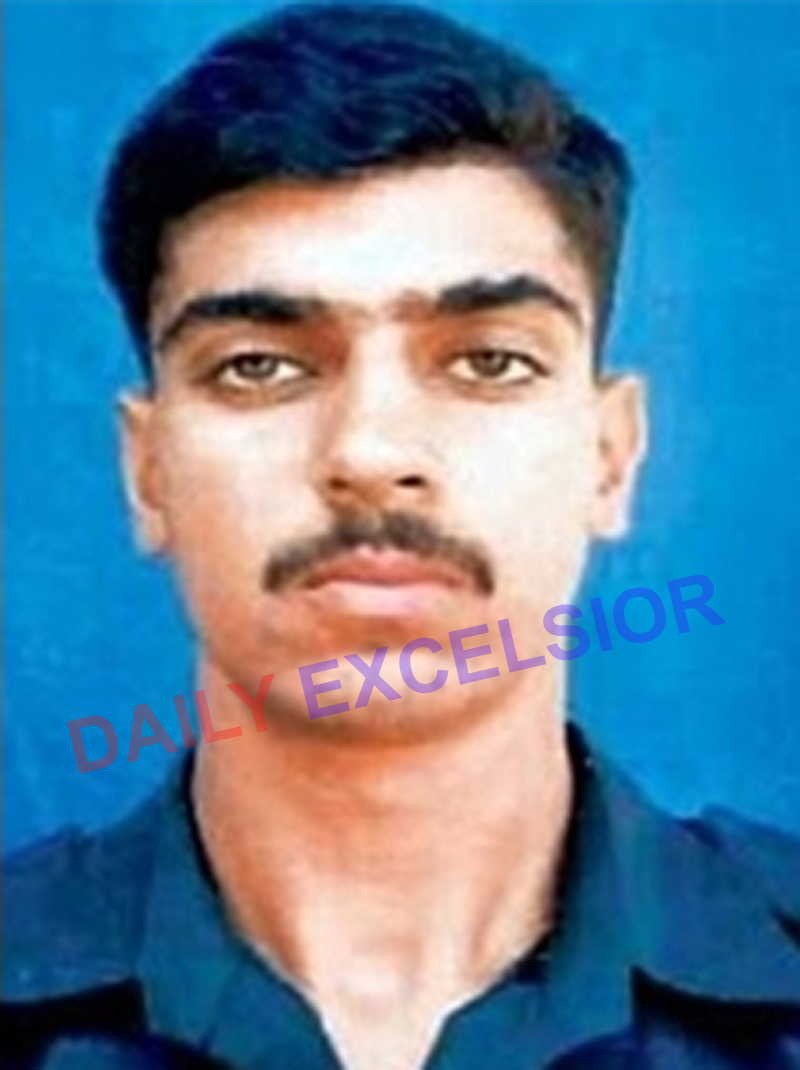 NEW DELHI, July 21: A blank cheque hangs on the wall of the Kalia home, the last testament of their son Saurabh Kalia who signed off as it were from life itself with that penned flourish the day he left for Kargil.
War hero for the world and simply ‘Naughty’ for the family, Capt Saurabh Kalia never returned, an early casualty of the limited war with Pakistan that India fought on the heights of Kargil in the summer of 1999.
He was also one of the six Indian Army personnel whose mutilated bodies were handed over by Islamabad, a grim chapter in the fraught history of the two nations.
Saurabh’s parents Narinder Kumar and Vijay Kalia remember with crystal clear clarity that moment 20 years ago when they saw their elder son for the last time. He was not yet 23 and on his way to rejoin duty but they did not know where.
“He came to the kitchen and handed over a signed blank cheque to me and asked me to withdraw money from his account as he would be in the field,” his mother Vijay said over phone from her home in Palampur in Himachal Pradesh.
The slip of paper with his signature, the last thing their son would ever write for them, was never cashed.
“That cheque was framed by me and remains a sweet memory of my son Naughty,” she said.
The last time they spoke to him was on May 30, 1999, his younger brother Vaibhav’s birthday. He promised he would come home for his own birthday on June 29. “The promise to come for his 23rd birthday was never kept and he made a supreme sacrifice for the country,” said his father.
“He came before time but wrapped in a tricolour. Thousands of people were mourning and chanting slogans for my son. I was a proud mother but I had lost something precious,” Vijay added.
An entire room at their Palampur home is a museum dedicated to Saurabh, a Lieutenant who was made Captain posthumously in recognition of his sacrifices for the nation.
“During his Indian Military Academy days he used to say we should keep a room separately for him because he needs one to keep his belongings.
“Just as we were planning to fulfil this demand of our Army officer son, who passed out from IMA in December 1998, his first posting came. And soon after, the news of his death,” his father recalled.
His mother looked back to the day he was born.
“We used to call him Naughty because when he was born, the doctor who handed him over to me told us that your son was naughty,? she said.
Their son’s death made international headlines when the barbaric treatment given to Indian soldiers by Pakistani army personnel, who had disguised themselves as intruders, became known.
Saurabh, belonging to 4-Jat regiment, had gone with five soldiers for a reconnaissance mission in Kaksar in Kargil in the first week of June 1999. The team went missing and the first news of their disappearance was broadcast on Askardu radio in Pakistani-occupied Kashmir.
The bodies of Saurabh and his team—sepoys Arjun Ram, Banwar Lal, Bhikaram, Moola Ram and Naresh Singh—were handed over to India on June 9. The next day, on June 10, newspapers broke the story about Pakistan’s tale of barbarism.
The bodies were without their vital parts, their eyeballs were gouged out and their noses, ears and genitals chopped off.
The kind of ruthlessness had never before been witnessed in the history of armed conflicts between the two countries. India expressed its outrage over the mutilation and disfigurement of six of its Army personnel and termed it a “violation of international conventions”.
“He was a brave son who must have undergone a lot of torture. When I feel sad, I draw my strength from what our son must have gone through for the motherland before breathing his last,? his father recalled with a choked voice.
“My son never talked anything official with his family members forget about the enemies,” his mother added.
His brother Vaibhav, then only 20, lit the pyre.
“My childhood went with my brother. He used to shield me from my parents. We played cricket inside our house and many a times he took the blame on himself for breaking windows which I had smashed,? said Vaibhav, now 40 and an Assistant Professor at the Himachal Pradesh Agriculture University.
A father of two sons, Vaibhav said he spends time in making them understand the importance of the Army and defence establishment.
“Paarth is 13 and Vyomesh 11. Both are inspired by the glory of their uncle. The elder one wants to become a scientist and do something for the Army while Vyomesh seems to be keen on making it to Army,” he said.
And life goes on. (PTI)