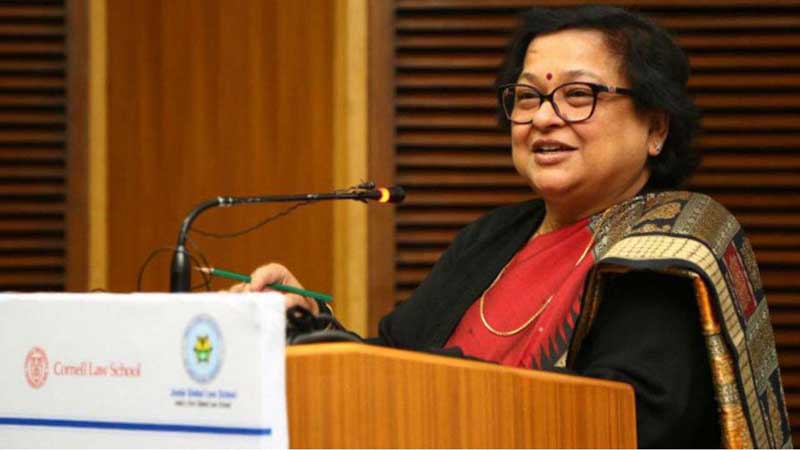 Excelsior Correspondent
SRINAGAR, Feb 11: The State High Court today directed the Government to file report with regard to relooking the purchase and procurement of nutritional items supplied to the Anganwari centers in the State on next date.
The Division Bench of Chief Justice Gita Mittal and Justice Sanjeev Kumar today sought the report from the State on relooking the issue of supplying of nutritional items to the Anganwari centers in the State.
The Court was informed that the nutritional items are not of standard quality which are being supplied to the children in these centers. The State counsel today informed the Court that the department Social Welfare Department (SWD) has taken up the matter for changing the manner in which nutritional items were supplied to these Centers and the Court after these submissions sought the report on the issue.
The contract as per the petitioner counsel has been given to a firm – M/s Rattan Oil Mills – which has already been black listed and the case is also pending against the said firm in a Court of law for supplying adulterated food items.
As proof petitioner has already placed on record of prosecutions launched by the prosecuting authority (Designated officer under Food Standard Safety Act) against M/s Rattan Oil Mills from whom biscuits have been ordered to be supplied. Rattan Oil Mills appears to be manufacturing sub-standard biscuits for which it is facing multiple prosecutions not only in Kashmir division but in Jammu division as well.
The biscuits constitute an important nutritional item supplied to thousands of Anganwadi centers across the State. Similarly from one Wani Brothers, Channa is being procured which is totally misbranded as per the test report submitted by Food Standard and Safety department.
The Food Safety Department which is a necessary member for monitoring committee has been removed from the committee in order to avoid the proper checking of nutritional items to the centers.
It is Ministry of Women and Child Development Union of India to provide the funds for the purpose of purchase and supply of nutritional items for Anganwari Centers in the State.
The Department of Social Welfare though its Commissioner/Secretary had constituted a state level Purchase Committee for procurement of items under ICDS scheme and the committee was directed to operate for a period of 6 months or till Village Level Councils (VLCs) become operational or whichever is earlier.
But Village Level Councils (VLCs) advocate counsel submitted, are still non entities having never been constituted for the purpose. As such said Government order reconstituting the State Level Purchase Committee was to remain in force from 27.10.2017 till 26.04.2018.
The said Purchase Committee, it is said, as per Government order supra was to expire on 26th April 2018. The life of the State Level Purchase committee was neither extended nor any fresh purchase committee was constituted or any Village Level Council was put in place.
The petitioner organization (JK Peoples Forum) through its secretary has voiced before the Court about the method and manner of procurement / purchase of the nutritional items required for distribution among more than 15 lakh children belonging to disadvantaged communities through about 30,000 Anganwadi Centers across the State.
The Mission Director (ICDS) in the month of April this year invited tenders for procurement of various nutritional items for supplying the same to the Anganwari centers of Jammu and Kashmir for the year 2018-19 with some conditions therein.
“Therefore, any process of procurement undertaken by the Respondents Chief Secretary, Commissioner/ Secretary SWD and Mission Director ICDS is illegal and any procurement made under the said NITs is bad in law and visited by evil consequences”, read the PIL.
It is alleged in the petition that the Mission Director in colourable exercise of power and without obtaining any administrative approval, exceeded jurisdiction and conducted the process of procurement in an illegal manner just to confer illegal benefits upon some blue-eyed persons who appear to be in league with the procurement agency.
That Mission Director, it is added, for extraneous considerations and malafide intentions and in active connivance of the so called successful bidder issued approval order of annual rate contract for supply of nutritional items for ICDS programmes in Kashmir and Jammu Divisions for the year 2018-19 in his so called capacity as Chairman of State Level Purchase Committee which had already become Functus.
Officio due to expiry of term of office of the State Level Purchase Committee on 26.04.2018.