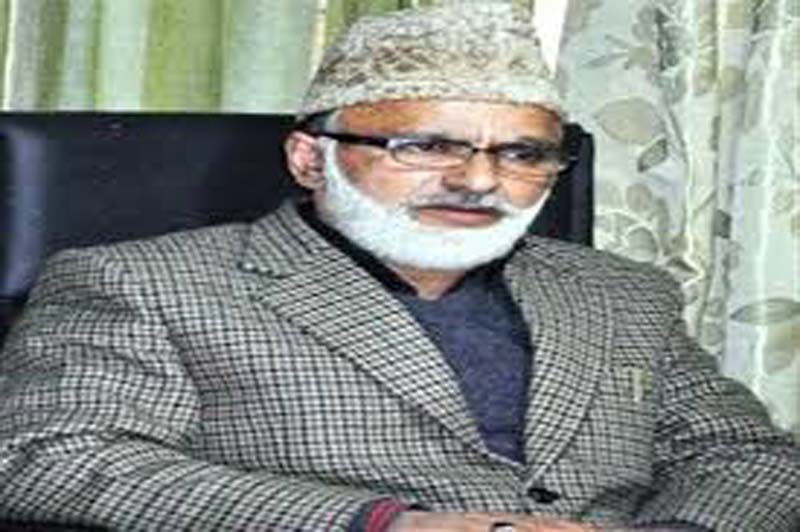 Excelsior Correspondent
SRINAGAR, June 1: The High Court today sought records pertaining to the detention of senior National Conference leader Ali Mohammad Sagar from the authorities.
Justice Sindhu Sharma hearing the plea of Sagar through video conferencing directed the authorities to place before the Court on next date of hearing, the records pertaining to the detention of Sagar.
Sagar has approached the High Court through his counsel Shuja-ul-Haq challenging the detention order passed by District Magistrate Srinagar vide order No. DMS/ PSA/145/2019 against him dated 5-02-2020.
He has also filed an application for changing his present place of lodgment in light recent pandemic COVID-19 or setting him free on bail. He prayed that he may be put under house arrest and quarantined at his home only so that there is least chance of his exposure to COVID-19.
Court has been informed by the Government counsel that objections to Sagar’s plea challenging the detention has been filed and copy of the objections has also been provided to his counsel. Since the pleadings are complete in the matter as such on asking the Government counsel has also undertaken to submit the detention records before the court on next date of hearing, which the court asked him to do by or before June 10.
Authorities till date have not considered the previous direction in which authorities were directed to consider the bail of the petition in view of recent situation.
Court on April 3 had directed the authorities to consider the bail of Sagar on the basis of averments made in the application more particularly having regard to health ground and submit the report on next date of hearing.
Sagar has been under continuous detention since 6-08-2019 and detained under the Public Safety Act vide order of detention dated 5-2-2020 which was last month extended by the authorities by further period of three months.
It was submitted that he has pre-existing serious medical conditions as such he is most susceptible to COVID-19 which has been declared as pandemic by the World Health Organization.