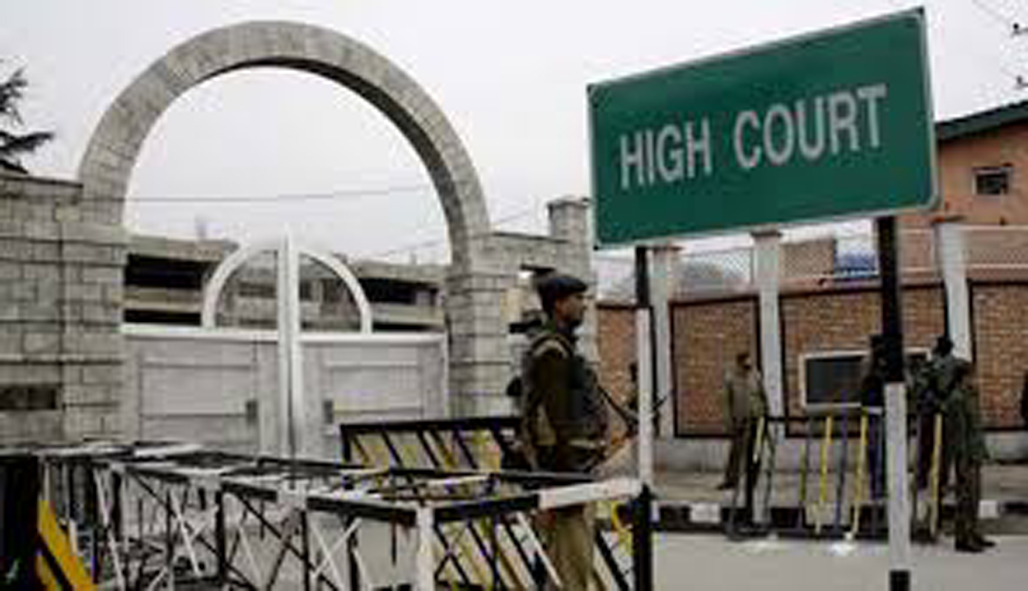 SRINAGAR, July 15: High Court today reserved its judgment on suo moto proceedings with regard to controversial digital evaluation of marks in Combined Competitive Examination held by Public Service Commission with a direction to the Commission to submit records of the case before the court.
The Division Bench of Justice Ali Mohammad Magrey and Justice Tashi Rabstan while hearing the battery of lawyers appearing on behalf of selectees as well as non selectees and the counsel for PSC reserved its verdict in the matter and directed the PSC to submit the relevant records pertaining to the case.
“Heard the counsel for the parties. The judgment is reserved. The counsel for the parties who intend to submit the written submissions shall do so during the course of this week. The Public Service Commission shall also submit the relevant records during the course of this week before the Bench Secretary of this Court”, read the order.
Aggrieved candidates stated that PSC has undertaken the digital evaluation in between which is not permissible as it was not mentioned anywhere in the advertisement notice. However, the PSC submitted that it is Commission which decides the process and it (PSC) cannot go by the wishes of the candidates.
The Supreme Court on January 21 this year had directed the Public Services Commission to go ahead with the selection process of Combined Competitive Examination but not issue any appointment order.
The High Court on December 21 last year had put on halt the whole selection process of Combined Competitive Examination held by Commission after various candidates complained of irregularities by the Commission.
The Supreme Court while hearing the plea of PSC challenging the order of the HC whereby whole selection process was put on halt gave liberty to the PSC to go ahead with the further process of selection but no appointment order should be issued.
The High Court in a suo moto cognizance had stayed the further process of selection as alleged discrepancies have been complained in the digital checking by the PSC with regard to KAS examination of 2016.
Supreme Court had also cleared that the High Court would be free to decide the suo-moto Public Interest Litigation on merits on the date fixed.
About 6400 candidates had appeared in the mains written test and out of which 963 candidates were selected for interview process for 277 posts and on the other hand various candidates who have not been selected for interview are seeking manual checking by the Commission rather than digital checking.
The Combined Competitive (Mains) examination was held from July 2 to August 8 last year and out of which 963 candidates after appearing in the examination qualified for personal test (interview).
In this connection a representation dated 17.12.2018 with the signatures of 83 applicants (drop out candidates) complaining the alleged irregularities in the J&K Public Service Commission Combined Competitive (Mains) examination has been placed before the court with regard to the digital marking in the examination data resulting into corruption and huge human error are complained off.
In addition in the representation which the court treated as suo moto, it was submitted that the J&K Public Service Commission has resorted to arbitrary scaling and moderation which was not mentioned in the notification when the posts were advertised.