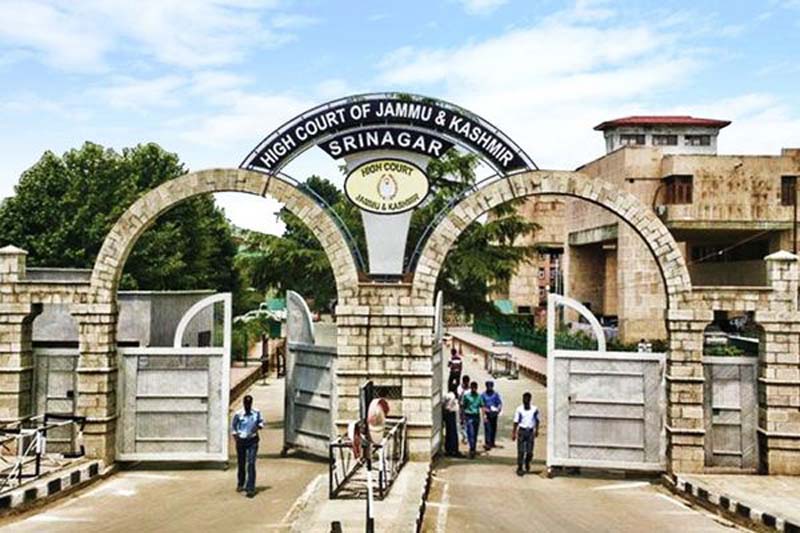 Excelsior Correspondent
Srinagar, June 7: The State High Court today rejected the claim of 106 casual labourers of Public Health Engineering Department for regularization of their services and observed the authorities do not engage such persons in future.
The petitioners, 106, claiming to have been engaged as Casual Labourers in the Public Health Engineering (PHE) Department, Budgam, in the year 2005 to 2007 and to be continuing till date, had filed the writ petition seeking the respondents be directed to regularize their services in view of the law laid down by the court by treating them to have been engaged as daily rated workers.
Justice Ali Mohammad Magrey while dismissing the reliefs of the petitioners reached to a definite finding after perusal of the documents placed by the petitioner with their plea that they have also failed to even remotely establish that they have worked any time during or after the year 2011.
“This is rather categorically belied by them by producing and relying on the documents discussed in detail. None of the Muster Rolls pertains to any month of the year 2011 or a month of any of the years thereafter. Similarly, none of the formats referred to have disclosed payments having been paid for any of the months of the year 2010 or thereafter”, Justice Magrey recorded in the judgment.
He further observed that at times the authorities tend to be revengeful against those who approach Courts claiming reliefs against them, because they feel like having been put to face awkward situations while defending such claims, as in the instant case. “And by reason thereof do not engage such persons in future. I make it clear that filing of this case before the Court should not be an excuse for the respondents not to engage the petitioners or any one of them on need basis in the future”, read the judgment.
Court after having minutely gone through the records and considering the matter in its totality convinced that the petitioners have come to the Court with a false and frivolous case, entailing distasteful consequences. Nonetheless, given the fact that the petitioners belong to the lower strata of the society, they deserve a lenient view to be excused.
“For all what has been discussed, the petitioners having miserably failed in establishing their claims, this petition deserves and is hereby dismissed together with all connected MPs. Interim direction, if any, subsisting shall stand vacated”, the court concluded.
Court said the Muster Rolls placed by the petitioners on file is nothing more than adding weight and volume to the file, than adding anything like genuineness to the cause pleaded, do not support the claim that the petitioners once engaged have been continued to entitle them to be treated like daily rated employees and, consequently, to regularization in terms of 1994 Rules.
“The other bunch of documents, viz. photocopies of application formats purported to be of the petitioners, even if taken to be genuine, do not disclose anything more than that the persons named therein have been engaged for a month or two in two different years. Apart from that, the relevant entries made therein vary in material particulars from the other documents which have been placed on the record. I am of the opinion that disclosing similar particulars as are depicted by other formats would tantamount to revealing nothing more than removing the lid from the Pithos of Pandora, which, if done, may unleash evils of sorts”, the court said.
Court as such added that there is no document evidencing that any of the petitioners was continued month after month as a casual labourer for a sufficiently long period to entitle him to the benefit claimed for in terms of the judgment relied upon by the petitioners.