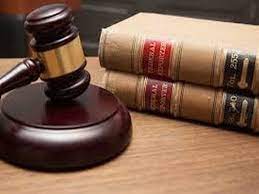 Srinagar, June 30: High Court today imposed a penalty on Collector Land Acquisition Shopian and sought his personal appearance to the plea with regard to acquisition of proprietary land from the owners by not filing an objection for the last nine years despite court directions.
The division bench of Chief Justice Pankaj Mithal and Justice Javed Iqbal Wani has rapped the authorities for not filing reply to the plea of the owners resulting into pendency of the case for the last nine years.
Court said that all the official respondents have not yet filed counter affidavit despite several opportunities in the past and Collector Land Acquisition, District Shopian, was directed to file objections to the writ petition but he has not filed the same despite imposition of cost of Rs 10,000 vide order dated 02.06.2022.
He was also directed to remain present before the Court, but he has not cared to appear nor has he deposited the costs probably for the reason that the order dated 02.06.2022 was never communicated to him.
“Government counsel prays for and is allowed a week’s further time to file the objections and to ensure presence of the Collector Land Acquisition, District Shopian, and to deposit the cost of Rs 10,000 imposed earlier”, DB directed.
Since the matter is of 2013 as such court was not inclined to adjourn it but the counsel representing the authorities requested the court for some time as such court directed listing of the case for further consideration on 20.07.2022 with the clarification that on that date the Collector Land Acquisition, District Shopian, shall remain present in Court along with record.
“Government counsel will ensure that the cost of Rs. 10,000 imposed vide order dated 02.06.2022, is also deposited. The adjournment is subject to payment of further cost of Rs. 25,000 which shall be paid and deposited by the next date”, DB further directed.
The case of the petitioners is that  the landed property measuring 564 Kanals falling in village Reshipora , Tehsil Shopian , is owned and possessed by the petitioners and their co-sharers  and the land holders took various parcels of land in their possession, but the respondent-authorities started interference in the possession without informing the land owners about their claim over the disputed property.
When the interference into possession by the officials of Agriculture and Horticulture departments without any right became alarming, some of the land holders filed a writ petition in the court for grant of writ of prohibition restraining the respondents in the writ petition, which include the State and its functionaries including Director Agriculture, Director Horticulture Deputy Commissioner Pulwama and two other officers from forcibly taking over the possession of land measuring 564 kanal  and an interim direction was also passed by the  Court on 21.07.1997 directing that petitioners shall not be deprived of their proprietary rights over the proprietary land mentioned in the writ petition