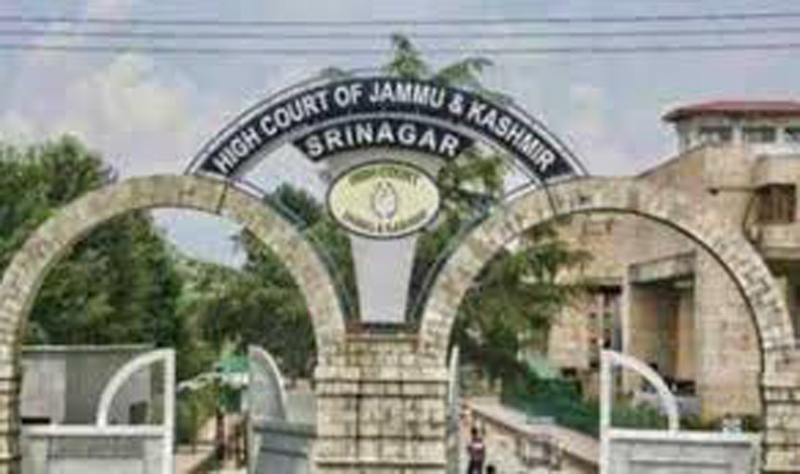 Excelsior Correspondent
SRINAGAR, Oct 16: The High Court today directed the Gulmarg Development Authority to place before the court the steps taken for retrieving the encroached land in Gulmarg as it failed to comply its orders.
The court was hearing an application in which Court has noted the factual narration of the GDA, which court said, would show that the applicants are encroachers on public land. Series of illegalities committed by the encroachers on land which actually belongs to GDA has been pointed out before the court.
Court said it manifest that the applicants are not only encroachers on public land but also illegal entries have been made by the applicants viz-a-viz electricity and water connections as these connections have been illegally obtained and the land is under illegal occupation. Court directed the GDA to place before the court steps taken for retrieving the encroached land.
The State counsel informed the Court that an enquiry in this matter has been conducted by the Crime Branch and it directed for registration of FIR. Court has directed for placing the progress of investigation into the matter before it. “The SHO Gulmarg shall inform the court with regard to the status of registration of this case”, read the court directions.
With regard to management and treating the solid waste in the resort, the Court sought compliance from GDA on using of food items like wrappers and containers of chips, biscuits, snacks, soft drink cans, and plastic water bottles which as per CEO GDA a large component of solid waste is generated.
The CEO GDA informed the court that these products are manufactured by large companies including multi-national companies. “There is no reason as to why all these companies should not be lacced upon to utilize the statutory mandated Corporate Social Responsibility (CSR), allocation towards the pollution which is being generated in Kashmir because of their activity”, court said.
Court has directed the CEO to undertake a survey and place before the court the list of complete addresses of all the companies whose products are being sold and caused or have the tendency to cause pollution of any kind in the resort. All the companies are under direction to ensure compliance with the directions of the court that these companies to contribute to the waste management in Gulmarg area.
With regard to Solid Waste Management byelaws, Court has been informed that the same are finalized and it is for the Tourism Department to issue notification for adoption of these byelaws. Court has sought report on the issue from the tourism department on next date.