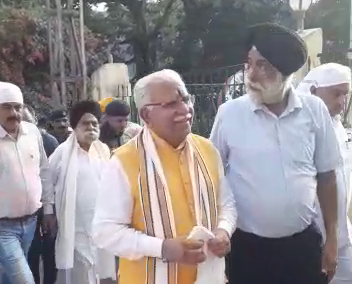 Earlier in the day, Khattar laid the foundation stone of Baba Banda Singh Bahadur public school in Naushera sector near the Line of Control (LoC) in Rajouri district.

“I am proud of the fact that every 10th soldier serving the country belongs to Haryana and they are making supreme sacrifice in safeguarding the country,” Khattar said.

He announced a donation of Rs 31 lakh from the Harayana government and said he will be contributing his one month’s salary and Rs 1 lakh for the school.

Khattar also lauded the efforts of Union Home Minister Rajnath Singh in reaching out to the border residents and extending all possible support to mitigate their problems. (agencies)