E-Paper
Home Social Trends Harbhajan was bit of a nemesis for me right throughout my career,... 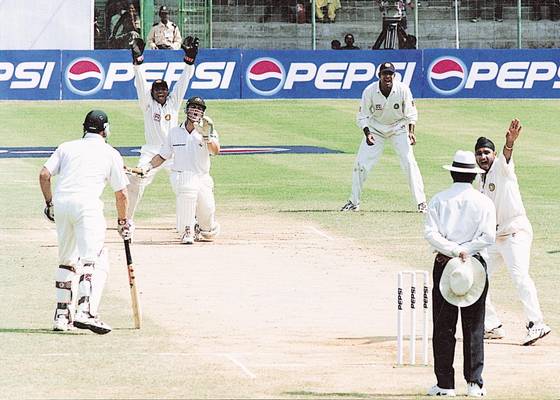 Melbourne: Australian legend Adam Gilchrist has described Harbhajan Singh as his “nemesis”, saying the Indian off-spinner and Sri Lanka’s Muttiah Muralitharan were the two hardest bowlers that he faced during his international career.
Talking about his illustrious career’s milestones and memorable moments, the wicketkeeper recalled the 2001 away Test series against India where Harbhajan starred with the ball.
“He (Harbhajan) was a bit of a nemesis for me right throughout my career. I found him and Murali probably the two hardest bowlers to face,” Gilchrist told cricket.Com.Au in their “The Unplayable Podcast”.
The 2001 series, considered one of India’s finest, saw the hosts break Australia’s 15-match win streak in Tests.
While the visitors won the first Test by 10 wickets, Harbhajan wreaked havoc on Australia helping India win the remaining two Tests.
“(We were) five for 99, I went in there, got a hundred off 80 balls, we won in three days and I just thought, ‘What have these blokes been doing for 30 years. How easy’s this?'” Gilchrist said.
Harbhajan, who was adjudged Man of the series, picked 32 wickets in three matches, including India’s first Test hat-trick at the Eden Gardens in Kolkata during the second Test.
“And how wrong I was. We’ve only got to fast forward to the next Test match and I came back to reality,” Gilchrist said.
“As it would turn out, by the end of that series we probably needed to learn how to put a handbrake on just to get a holding pattern, rather than ‘attack, attack, attack’ because it doesn’t always work – Harbhajan bamboozled us,” he added.
The wicketkeeper batsman picked the second-innings 49 against India in Chennai in 2004, as his favourite Test innings.
“I think that was probably one of my most important innings but there’s nothing too sexy about it. I promoted myself – again, sounding like a big head – but went up (to No.3) to try and be positive and just to erase the (first-innings) deficit.” the 47-year-old said.
The match was rained out on the final day but Australia won the series 2-1 – a landmark achievement that marked the country’s first triumph in India in 3