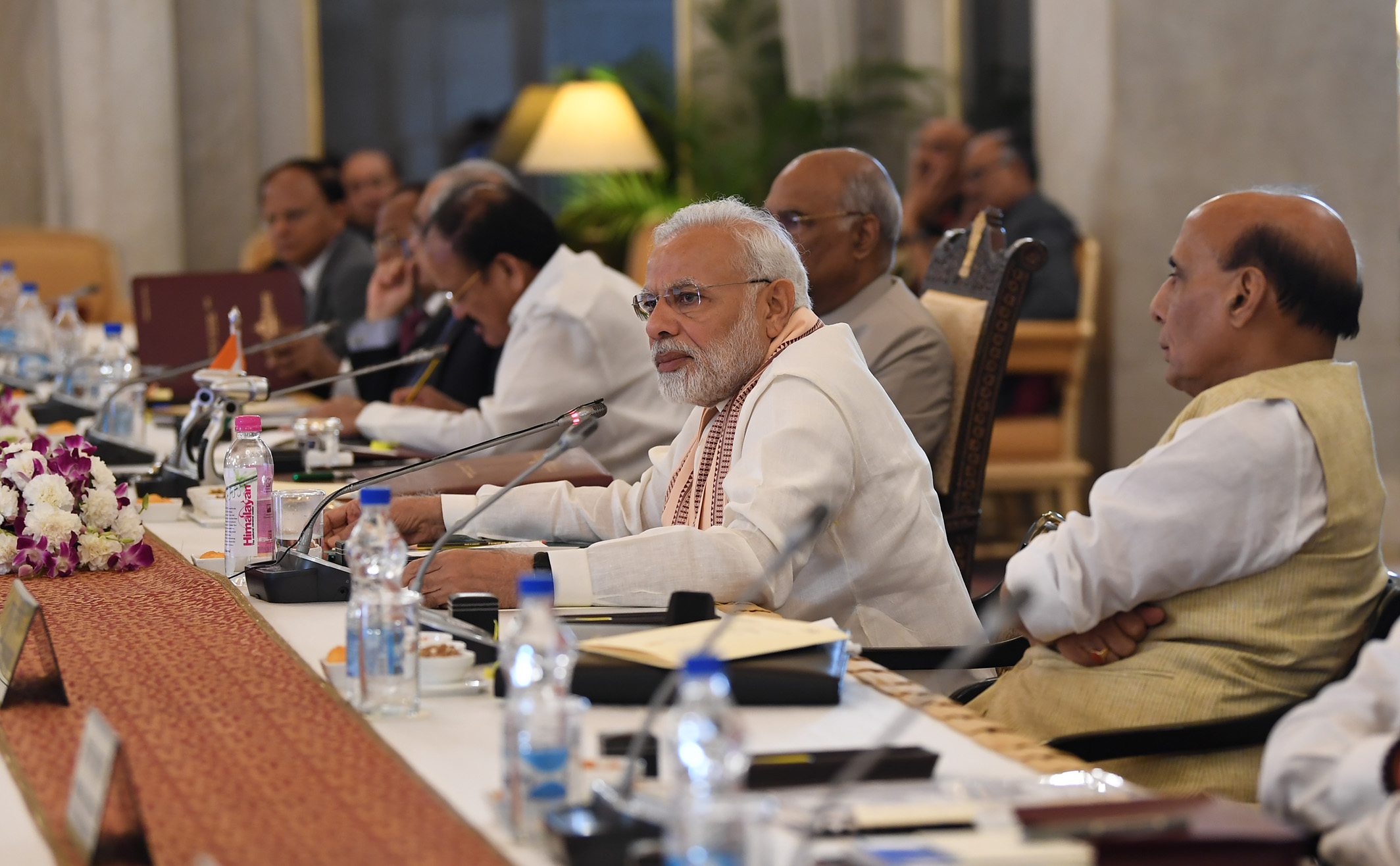 NEW DELHI : Prime Minister Narendra Modi today urged governors to leverage their experience to help people derive maximum benefits from central schemes and reminded them of their pivotal role in a federal structure.
Addressing the opening session of the 49th Conference of Governors at Rashtrapati Bhavan, the prime minister said that in states with significant tribal population, they can help in ensuring that these communities take advantage of government initiatives in fields such as education, sports and financial inclusion.
He spoke at length about how governors could leverage their experience in different walks of life, so that people derive maximum benefit of various central development schemes and initiatives.
“The institution of governor has a pivotal role to play within the federal structure and constitutional framework of our country,” Modi was quoted as saying in an official statement.
He said the tribal communities had played a key role in the freedom struggle, and this should be recognised and recorded for posterity through avenues such as digital museums.
Noting that governors are also chancellors of universities, he said that International Yoga Day on June 21 can be utilised as an opportunity to generate greater awareness about yoga among the youth.
He emphasised that universities can also become the focal point of the celebrations for the 150th anniversary of Mahatma Gandhi.
The prime minister mentioned some key themes of development such as National Nutrition Mission, electrification of villages and development parameters in ‘aspirational districts’.
Modi suggested that governors could also visit a few recently electrified villages to witness  first-hand the benefits of electrification.
He said that during the recent Gram Swaraj Abhiyan from April 14, seven key schemes of the government were implemented fully in over 16,000 villages.
He said that these villages have been freed from seven problems through Jan Bhagidaari. Gram Swaraj Abhiyan is now being extended to 65,000 more villages, with a target date of August 15, he said.
The prime minister suggested that planning for the 50th governors’ conference next year should begin immediately. This effort should focus on making this annual event even more productive, the statement said. (agencies)