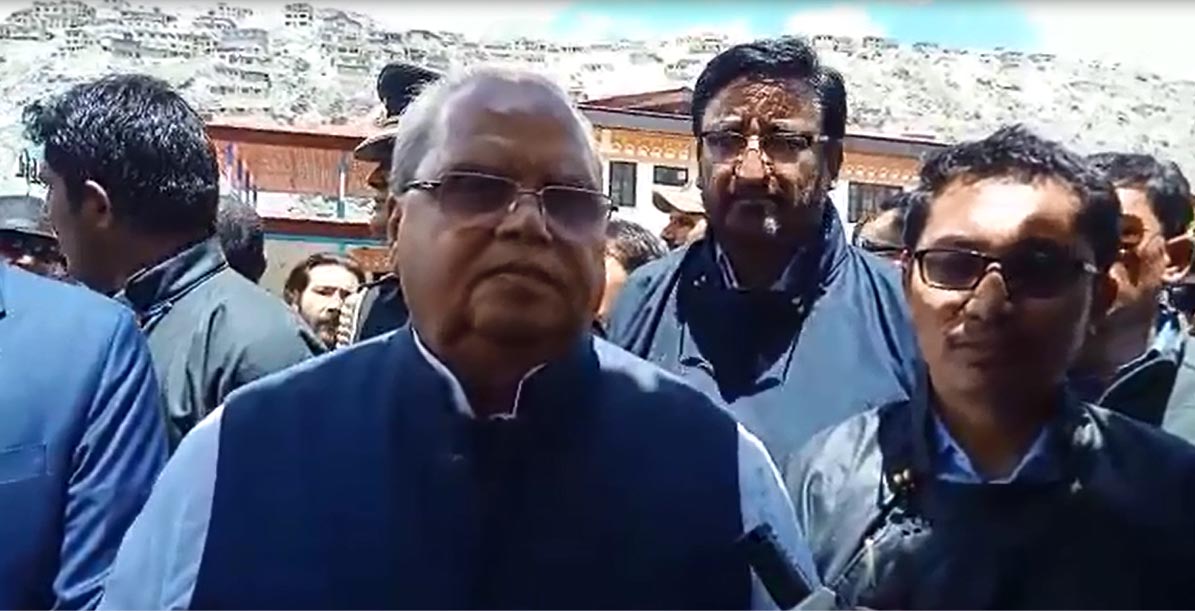 He also visited various stalls installed by various departments and local organizations and appreciated their products.

He also witnessed colourful cultural programmes performed by various culture troops and a exhibition polo Match on this occasion.

Governor Satya Pal Malik Interacting with People told that Kargil has a varied cultural Identity, and Ladakh both Kargil & Leh district didnt get the due share in terms of development which was a n irony on the part of the previous governments on both state and national level.

He further told that after assuming the charge of Governor of J&K PM Narendra Modi has directed him to provide equal development in all the three regions of the state.

To equalize that he has intitated the process of Divisional Status for Ladakh, 50 new colleges were approved and will provide more 50 college out of which one Women and another college will be provided to Kargil

He further said that to enhance tourism which is a job oriented sector, The Kargil airport will be extended to 11000 feet for operation of commercial flights and is in the finale stage as well as he has allotted 200 crore already.

Kargil will get 2500 megawatts of Solar plant which is the booming and emerging sector for this region and will open new chapter of development in this part of the state.

Referring to the situation of Kashmir, Satya Paul Malik said that, Nowadays the situation is peaceful and two yatras are going on smoothly simultaneously, one Amaranth Yatra and the other Hajj and people have no issues and this for the first time in the history of J&K that no call for bandh was given on the arrival of Home Minister to valley and even the Huriyat has requested to bring back the Kashmiri pundits.

Corruption is the biggest problem of the State and his administration will dealt strictly and has initiated inquiry in two high profile corruption cases soon result will come and high profile people will be punished governor.

Later various Delegations called upon the Governor at TFC Kargil and presented memorandum before the governor.