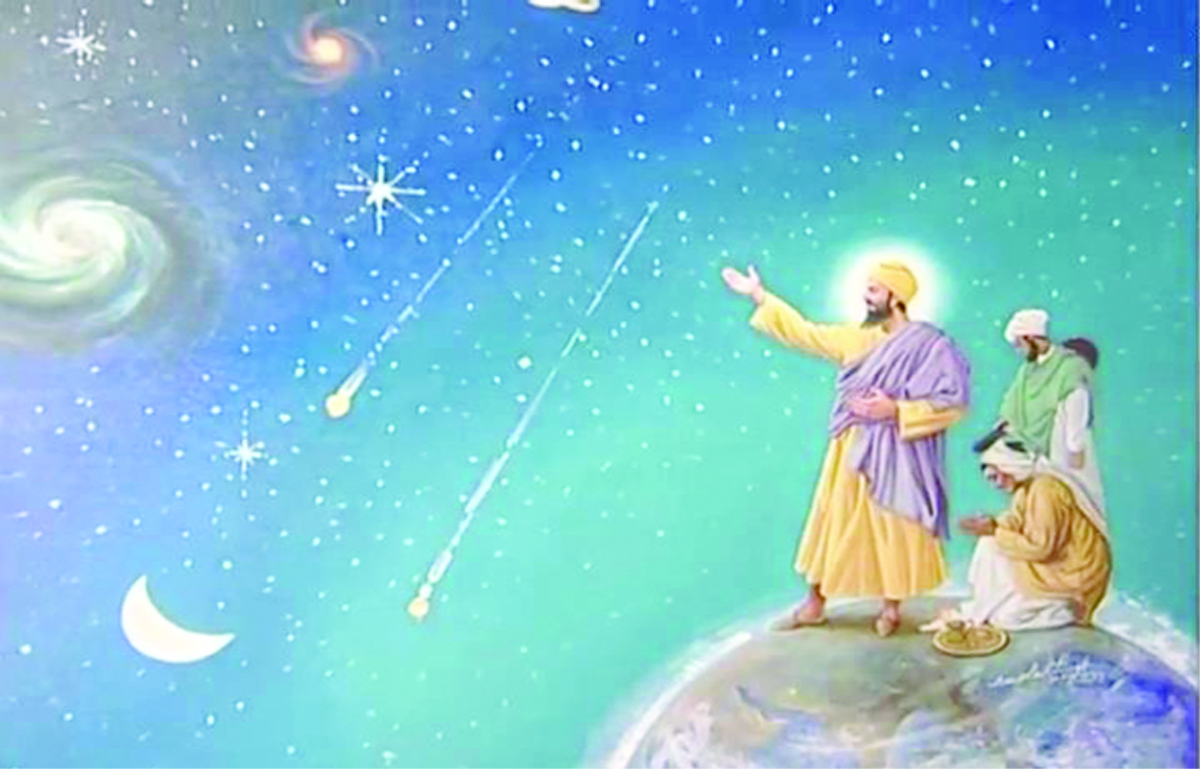 Dr Harinder Singh Bedi
I get asked a number of times – “You are a man of science – how can you believe in the concept of God ?” . I think it is just the reverse – a true scientist knows that nothing is random – the complexity of the Universe shows that there has to be someone who planned it down to the minutest details – like a master web designer !.
Guru Nanak’s teachings do not disagree with science. In fact we scientists are just now discovering the concepts that were written by Guru Nanak centuries ago. Sikh Gurus told us not to smoke, no drugs or alcohol long long ago. My cardiac scientist colleagues confirm now after years of painstaking research that drinking alcohol, smoking and consuming drugs have harmful effects on the body.
Sikh beliefs have not been disproved by science in any form. Scientific facts support the teachings of Guru Nanak . Sri Guru Granth Sahib (SGGS) Ji states, “There are planets, solar systems and galaxies. If one speaks of them, there is no limit, no end. There are worlds upon worlds of His creation. As He commands, so they exist. He watches over all, and contemplating the creation, (GGS 8). Nanak says “There are billions of regions and planets. There are billions of moons, suns and stars” (GGS 275).
The above is so uncannily true as present day science confirms . Guru Nanak states that God created this Universe billions of years ago. Furthermore, this is not the first time God created this Universe, He has done so many times. Life not only exits on Earth alone but many other planets (this is still unconfirmed by science – fingers crossed for the future !) . Scientists have found that there are billions of galaxies, each galaxy containing billions of stars and millions of planets revolving around those stars with millions of moons revolving around those planets. Our galaxy, the Milky Way, has approximately 200 billions stars and millions of planets from which few are known. There are billions of galaxies like ours in the universe and this is just now being realized by modern science, where as Guru Nanak mentioned it long before its discovery.
Scientists are slowly attempting to unravel the creation of God but the whole creation is so vast that currently it is beyond what we humans can explore. Scientists study the creation of God and try to comprehend the mysteries of His creation. The more they learn, the more they are amazed.
I was earlier a hard core ‘scientist’ atheist till I became a cardio-vascular surgeon . So many times I (and equally my colleagues) have seen that though we replicate in minute details a complex surgery factoring in all patient variables – the results can vary vastly.
Thus a case which seemed hopeless miraculously turns around and recovers. Some intervention beyond our current science is the only explanation that all our complex computer algorithms can come up with. Science has painstakingly progressed – but our knowledge is still a drop in the ocean . We are at page 1 of a 100 page instruction manual. The Master smiles indulgently while our ATGC DNA code slowly awakens (or follows its pre – programmed time bound course ?).
(The author is Director Cardiac Sciences at Ivy Hospital, Mohali, Punjab)
feedbackexcelsior@gmail.com