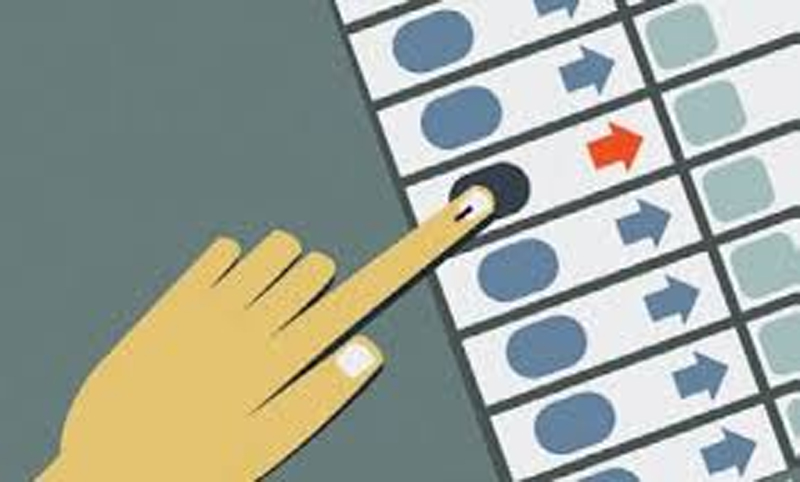 Sanjeev K. Sharma
JAMMU, Oct 17: The election jamboree has started in the newly carved Ladakh Union Territory (UT) to elect 26 Councillors for Ladakh Autonomous Hill Development Council (LAHDC) Leh for which the polling is scheduled for October 22 this year. On the other hand, the enthusiastic voters are filled with hopes triggered the dreams of green pastures shown by the contesting candidates to win election.
It is pertinent to mention here that these are the maiden elections in Ladakh region after it got UT status on August 5, 2019 when special status to Jammu and Kashmir was revoked and the earstwhile J&K State was reorganised into two UTs—J&K, and Ladakh.
When contacted, Ghulam Hussain, Independent candidate contesting from Turtuk constituency said, if emerged successful, he will work for preservation of cultural identity of Ladakh besides improving road connectivity, communication, education and health sector.
Similarly, other Independent candidates and those from political parties too have made certain promises with the voters.
In reaction to these election promises the enthusiastic voters have started pinning hopes of better days after the formation of new LAHDC team.
An interaction with Ladakhis revealed diverse issues they confront and majority of these people demanded Sixth Schedule.
Twenty-five years old lady, Ega Lamo from Skulbulchan claimed that Sixth Schedule can save their land from outsiders.
“Sixth Schedule will also ensure local jobs to the people of Ladakh and we are demanding it,” she said.
Wang Gyal, 28, from Upper Leh also echoed the demand of Sixth Schedule to empower land protection and local employment in the UT.
“Apart from this,” he said, “people in Ladakh face problems of poor electricity and water supply and they hope things in this regard would change after new LAHDC team is formed after the elections.”
Gyal also counted tourism and winter sports promotion along with better education facilities for agriculture among his expectations from the new LAHDC team.
Amir, 25 from Disket area of Ladakh included better education infrastructure among his expectations from these elections.
“Presently there are no proper laboratories in schools in my area as labs there are only for namesake,” he informed adding that the degree college at Diskit village also needs modern infrastructure.
On water issue, he said: “We collect water from a street tap along with other households as we don’t have water connections in every house.”
Tsinala Nurboo, 72 a retired government employee from village Stok of Chushul block at China border also talked about the drinking water problem is the area.
Ghulam Hassan, 27, social activist from Turtuk, near Line of Control (LoC) said, many youth of his area work as porters with army and he demanded a recruitment rally and irrigation facilities for his area.
“We also demand facilities meant for border residents as are given to the border people of Samba and R.S Pura in Jammu and border residents of Kashmir,” he maintained.
“Candidates and their supporters are pasting posters in the town asking people to vote in their favour,” said Stanzil Kunphel, 24, a student leader staying in Ladakh though he hails from Kargil where there are no elections as of now.
On changes in the region after Ladakh became a UT, he said, there is no such change visible on ground.
Kunphel said may be due to COVID-19 pandemic the expected changes are delayed.
Pertinent to mention here is that many national leaders are visiting Ladakh for campaigning in favour of their party candidates while others have planned visits in next few days left for the campaigning.