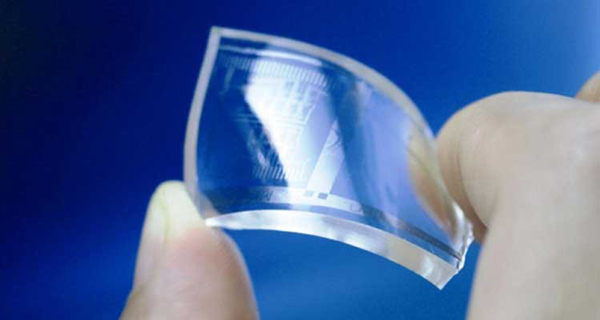 Rakesh Kumar
Imagine that a large glass, fabric or plastic sheet in your bedroom can stream the day’s news, or a toothbrush can predict the decay of your child’s teeth, or that your regular shirt can predict body temperature and monitor your cardiac health. Imagine, also, a dining table sheet whichdetects the presence of E. Coli bacteria, or that your phone’s flexible,thin screen is smart enough to startyour car and drive you to the office via least traffic congested roads. All of these applications are not just a dream but have potential to become reality because of “Graphene -a wonder material”. Graphene, world’s thinnest material known so far, is an allotrope of carbon consisting of a single layer of carbon atoms arranged in a hexagonal lattice.
Graphene wasfirst physically isolated from bulk graphite using scotch tape by the research group of Prof. Sir Andre Geim and Prof. Sir Konstantin Novoselov (physicists at the University of Manchester, U.K) in 2004. They were awarded “The Noble Prize in Physics (2010)” for their pioneering work on graphene. The recent breakthrough in graphene and other 2D materials such asMoS2, WSe2, h-BN etc.,predict many exciting applications and foretells a technological shift that hasbeen discussed in the “European Roadmap for Graphene Science and Technology (2017)”.
Graphene disrupted the world of science and technology when scientists discovered that it had remarkable properties such as the lightest (0.38 mg/m2) and thinnest (~0.34 nm), highly conductive(e.g. conducts electricity 1000 times better than aluminum), ultrafast electricity (charge mobility, 200,000 cm2 v-1v-1)~97.7% transparent graphene and strongest (intrinsic tensile strength of 130.5 GPa and a Young’s modulus of1 TPa) -200 times stronger than steel. All the exceptional mechanical, electrical and chemical properties of graphene come from the arrangement of carbon atoms in the 2D-sheet. The individual graphene sheet in graphite can easily be isolated by physical and chemical exfoliation methods e.g. peeling off by a scotch tape or sonication in acetic solution. The simplest example of physical isolation of graphene flakescan be a line drawn,on paper or any rough surface, by a graphite lead pencil(HB); the multilayer flakes can then be seen under an optical microscope.
Due to the outstanding properties of graphene,scientists and engineers believe in its potential to be thematerial forthe next-generation technology. For example the researchers at The Univerity of Manchester (UoM) University have successfully fabricated graphene-based water filtration and distillation membranes, which could provide clean drinking water to millions. Many prototypes of flexible, printable and transparent electronics have been demonstrated for wearable electronics. Graphene-based ink developed at UoM has demonstrated potential for printable electronics. As well, sensors for environmental monitoring, medical, industrial and military applications are also under development. A cross-section of applications, that leverage specific graphene properties, is detailed below.
Graphene for electronics
Nonetheless, graphene’s potential to replace silicon-based technology is difficult, and potentially impossible, due to its zero band-gap nature.
However, superior electric properties havethe potential for developing quick-charging batteries, high-quality headphones, more capable photo-sensors, highly efficient solar cells and ultrasensitive touch screens. Graphene’s integration into fabrics and polymer could develop flexible electronic products such as updatable e-paper, wearable electronic clothes and sensors, energy generating shoe soles and muchmore. Ballistic transport in graphene makes it suitable for RF and ultrahigh frequency applications such as THz detectors and lasers. Recently, IBM announced (2014) that they had created a graphene chip 10,000 times faster than standard chips.
Graphene sensors for biomedical and environmental monitoring
Especially, graphene allows interfacing electronic sensors with biomaterials for on-body physiological and analytical measurements.For example, graphene nanoelectrodes and implants could be connected directly to your brain or neural systemto record neural activities. Graphene could also be used to produce more effective spinal surgical equipment and a sensor for monitoring the cardiac health of a patient Graphene-based chemical sensors have showed potential application for specific detection of hazardous and toxic gases in air and industry. Integration of graphene-based sensors (biosensor or gas sensors) with mobile handsets could eventually connect every individual remotely to the medical consultant or experts for handling any health-related issues at the click of the button.
Graphene-based wearable tech
Wearable tech, for example, acotton-shirt incorporated with graphene could provide means of automatically controlling body temperature as well as monitor body heat, as transresiversof very low energy electromagnetic signals useful for tracking the geographical position of an individual and flexible photovoltaic cells and piezoelectric sensors in wearable tech could harness solar and mechanical energy. Smartphone manufacturing giants such as Samsung, Apple and Nokia have already developed waterproof smartphones.
Other potential applications of graphene
Graphene’s incorporation into other materials, such as paint, lubricants, plastic composites, and other polymer products is being explored for high performance applications. For example, a Graphene-based paint, applied to a device or a house, could conceivably store solar energy for powering devices or the home. Graphene composites have already shown to be of industry standardand are being used for making lightweight sports articles such as racquets, bikes and wind turbines, etc. Briggs Automotive Company (BAC), the UK’s largestcar manufacturing company, developed asingle-seat supercar-BAC Mono, the world’s first carto use graphene in the production (Aug 2016). Another example is a graphene ultra-light high performance mechanical watch developed by UoM incollaboration with watchmaking brand Richard Mille and McLaren F1 (Jan, 2017).
Graphene’s commercial and technological challenges
The biggest challenge to the commercialization of Graphene is the production cost. A high production cost makes the integration of the material into electronics cost-prohibitive. Graphene processing technology is as new as graphene itself. While Graphene can be reliably produced at large scale itneeds further refinement to bring the price point down. However, scientists and engineers agree that Graphene has enormous upside potential. Graphene and other 2D materials are expected to be part of the next-generation techfor commercial market in near future.
(The author is a researcher in Graphene-based sensor engineering at University of Manchester, U.K.)