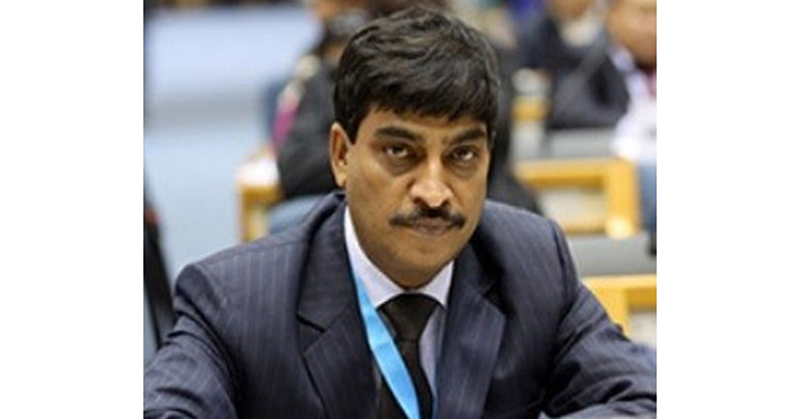 *Every detail of employees to be available in electronic format

JAMMU, Oct 6: In yet another technological intervention, the Government of Union Territory of Jammu and Kashmir is shortly going to roll out e-Human Resource Management (e-HRM) System for its employees with Chief Secretary Dr Arun Kumar Mehta directing all the Administrative Secretaries to ensure that all the Drawing and Disbursing Officers (DDOs) under their administrative control upload the service books in a time bound manner.
Official sources told EXCELSIOR that launch of e-Human Resource Management System on the pattern of All India Services officers was discussed in numerous meetings held between the officers of the J&K Government and Department of Administrative Reforms and Public Grievances (DARPG) of the Government of India.
Early this year, a project report of Rs 53 crore was submitted by the National Informatics Centre (NIC) for funding under e-HRM System for data entry of approximately 4.5 lakh employees of the Union Territory of Jammu and Kashmir.
However, keeping in view huge financial implications the J&K Government roped in University of Kashmir which after hectic efforts has developed the portal for e-HRM on a reasonable cost, sources said, adding recently a detailed discussion was held on the subject in a meeting chaired by Chief Secretary Dr Arun Kumar Mehta and attended by all the Administrative Secretaries.
Accordingly the Chief Secretary has directed the University of Kashmir to take all necessary steps for launch of the portal by October 16, 2022. Moreover, he has asked all the Administrative Secretaries to issue direction to all the Drawing and Disbursing Officers (DDOs) to upload service books which will be required in the e-HRM.
“The e-HRM System portal will help the Government in keeping all employees data like Annual Performance Reports (APRs), leave, promotion, increment and salary records in e-form”, sources informed, adding “e-HRM System will help the Government in prompt verification of service record of the employees as and when required and this will ultimately go a long way in checking the fudging in any manner”.
Further, the e-HRM System will help the Government in coming to know about the due date for conduct of Departmental Promotion Committee (DPC) meeting and after retirement the employees will not face any sort of difficulty in getting the pension released as every detail will be just a click away for the Accountant General’s office, sources further informed.
It is pertinent to mention here that various technological interventions have been made by the Government in Human Resource Management field including Vigilance Portal, EMP Portal, APRs Portal, Biometric etc, which are aimed to make working transparent. The next in this series is launch of e-HRM System.
“The University of Kashmir has successfully launched Vigilance Portal, APR Portal and J&K Rehabilitation Assistance Scheme Portal and cost for development of these portals is significantly lower than the one quoted by other agencies”, sources said.
They informed that the Chief Secretary has also issued directions to the General Administration Department and University of Kashmir to suitable incorporate the suggestions with regard to portal of J&K Rehabilitation Assistance Scheme suggested by the Additional Chief Secretary, Agriculture Production Department and Additional Chief Secretary, Home Department so that portal functions in a hassle-free manner.
“Additional Chief Secretary, Agriculture Production Department has also suggested that an exception report of absentees should be generated from Biometric Attendance and in this regard it has been decided that monthly exception report will be provided to the Administrative Secretaries. Similar report would also be provided to the Heads of the Departments and Deputy Commissioners in respect of the staff under their jurisdiction”, sources said.
Meanwhile, Chief Secretary, while appreciating the performance of the departments on the deliverables, has mentioned that there are deliverables which are to be implemented by multiple departments for which circles of excellences should be constituted. He has further asked for mid-term review of the deliverables so that modifications, if any required, are proposed to the Administrative Council headed by the Lieutenant Governor.