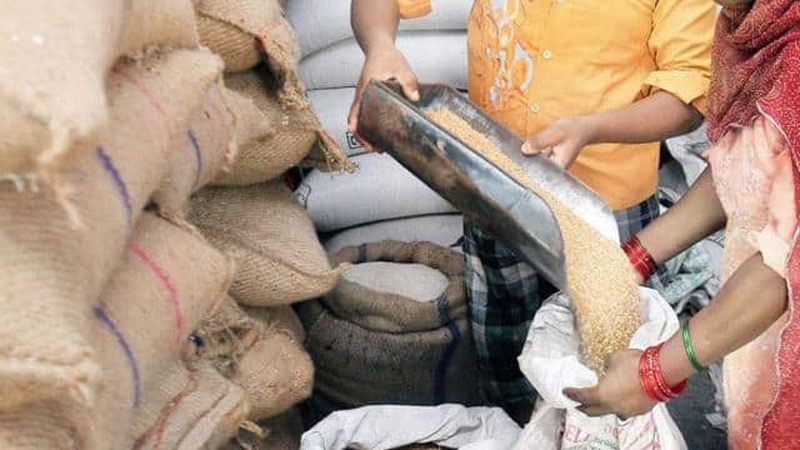 Gopal Sharma
JAMMU, Sept 28: Over 60 lakh poor population of the Union Territory of Jammu and Kashmir will be benefitted as the Union Government today extended for three months its programme to provide free rations to the poor at a cost of Rs 44,762 crore as it apparently looked to ease pain from high inflation.
Official sources said that the Scheme to provide 5 kg of wheat and rice free of cost to 80 crore poor people in the country every month, which was ending on September 30, will now run up to December 31, 2022.
The sources said that the Union Cabinet headed by Prime Minister Narendra Modi in a meeting held today decided to extend the scheme by three months.
Director, Food, Civil Supplies and Consumer Affairs Department Jammu, Naseem Javed Choudhary said that this scheme was ending on September 30. Now, with this announcement by the Central Government today, free ration to about 60 lakh poor people in J&K will be provided during October, November and December months as well.
Replying to a question, the Director said about 35 lakh Priority House Hold (PHH) and AAY ration card holders in Kashmir region and about 2 5 lakh families of these above two categories in Jammu region will get free ration under the scheme. They will be provided 4 kg wheat and one kg rice per member per family every month. Similarly in Kashmir, the scale will be as per eating habits of people there.
Sources in FCS &CA said that under AAY category a total 9,21,724 families will be benefitted while under PHH the total number of families are nearly 56,31,186. A total allocation of about 32,764.55 Mt Ton food grains including wheat and rice per month will be provided to these families by the Government in J&K. The quota of the families under AAY will be 4608.62 MT, the sources added.
The number of families under AAY (Poorest of the poor) category in Jammu region are 2,82,946 while in Kashmir they are 6,38,778. The per month quota of rice of these families is 3708.98 MT and wheat 899.64 MT, sources said.
“The Pradhan Mantri Garib Kalyan Anna Yojana (PMGKAY) was started in April 2020 to help the poor whose livelihood was badly hit by a nationwide lockdown aimed at containing the spread of the Coronavirus,” the sources added.
“At a time when the world is battling with the effects of Covid on its decline and insecurity due to various reasons, India has been successfully maintaining food security for its vulnerable sections while taking necessary steps to keep availability and affordability for common man,” an official said.
“Recognising that people have gone through a difficult period of pandemic, Government has decided to extend PMGKAY for a period of three months so that poor and vulnerable sections of society are supported for the forthcoming major festivals.”
Under this scheme, 5 kg of food grain per person per month is provided free of cost for all the beneficiaries covered under the National Food Security Act (NFSA). The Government has so far spent Rs 3.45 lakh crore on the PMGKAY Scheme since its launch in April 2020.
With the additional expenditure of about Rs 44,762 crore for the latest extension, the overall expenditure of the PMGKAY will be about Rs 3.91 lakh crore for all the phases. A total 122 lakh ton of foodgrains will be given free of cost in the three months from October month, official added.