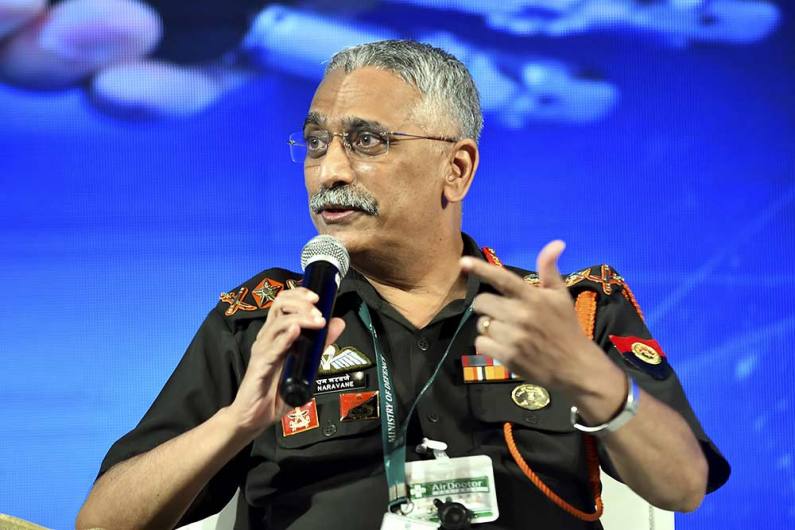 NEW DELHI, Dec 9: The Government is set to begin the process soon to appoint the next Chief of Defence Staff with Army Chief Gen MM Naravane emerging as the front-runner for the top post that fell vacant following the demise of Gen Bipin Rawat in a helicopter crash.
The move by the Government comes even as a number of retired military commanders said it will be prudent to appoint Gen Naravane as he is retiring as the Chief of Army Staff in five months.
People familiar with the development today said the Government will draw up a small panel comprising senior Commanders from the Army, the Navy and the Air Force.
The panel will be finalised based on recommendations from the three services in the next two to three days and then it will be sent to Defence Minister Rajnath Singh for approval.
Following the approval by the Defence Minister, the names will be sent for consideration by the Appointments Committee of the Cabinet that will take the final decision on India’s next Chief of Defence Staff (CDS), those familiar with the development said.
They said the Chief of Integrated Defence Staff to the Chairman Chiefs of Staff Committee (CISC) is likely to coordinate the process of drawing up the panel of prospective candidates for the post of the Chief of Defence Staff.
Explaining the process, they said the Government will follow the same protocol for the appointment of the CDS that is laid down for appointing the service chiefs.
The CDS is the chairman of the powerful Chiefs of Staff Committee (COSC) that also comprises the three service chiefs.
It is learnt that the possibility of appointing Gen Naravane to the top post is high considering his overall performance as well as the handling of the Eastern Ladakh standoff.
The Army Chief is due to retire in April. Gen Naravane is the senior-most among the three service chiefs. (PTI)