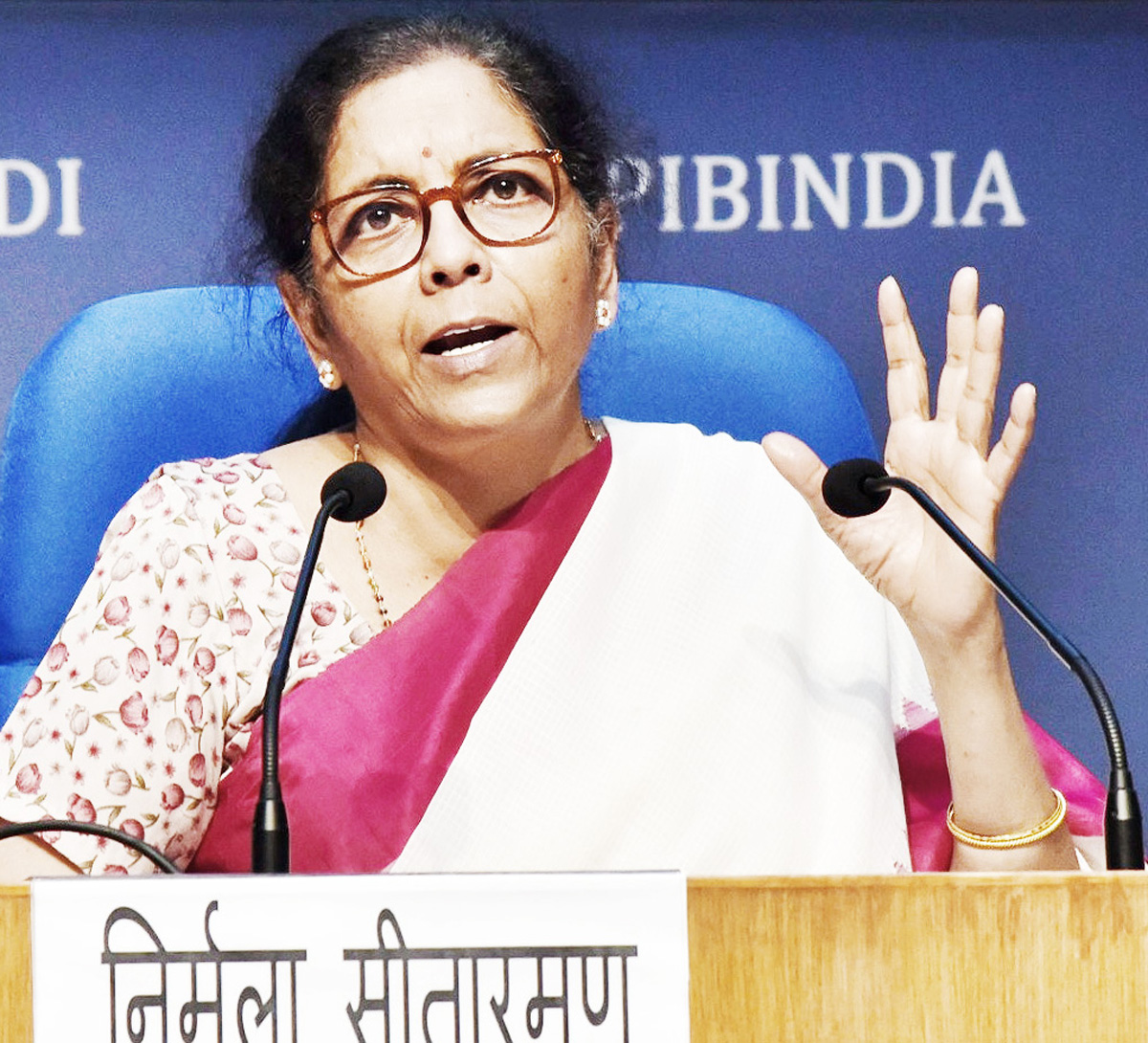 Farmers to get option to choose market
NEW DELHI, May 15:  In the third tranche of the COVID-19 economic package, the Government today announced a slew of measures for agriculture sector, including a Rs 1.63 lakh crore outlay, and amending the stringent Essential Commodities Act (ECA) to remove cereals, edible oil, oilseeds, pulses, onions and potato from its purview.
Also, a new law will be framed to give farmers the option to choose the market where they want to sell their produce by removing inter-state trade barriers and providing e-trading of agriculture produce.
Announcing the third tranche of an overall package of Rs 20 lakh crore to deal with the economic fallout of the COVID-19 pandemic, Finance Minister Nirmala Sitharaman said foodstuffs, including cereals, edible oils, oilseeds, pulses, onion, and potato, will be deregulated after the amendment to the six-and-half-decade old Essential Commodities Act.
The Act empowers the Government to regulate price as well as stocks of commodities.
The Minister said after the amendment, stock limit will be imposed only under very exceptional circumstances like national calamities and famine when there is a surge in prices.
Further, no such stock limit shall apply to processors or value chain participants, subject to their installed capacity, or to any exporter, depending on the export demand.
Sitharaman said farmers currently are bound to sell agriculture produce only to licensees in APMCs (Agricultural Produce Market Committees) while no such restriction of sale applies for any industrial produce.
These restrictions hinder the free flow of agriculture produce and lead to lower price realisation for farmers.
To deal with the situation, a Ccentral law will be formulated to provide “adequate choices to farmer to sell produce at an attractive price, barrier-free inter-state trade and framework for e-trading of agriculture produce,” she said.
Sitharaman also announced a Rs 1 lakh crore Agri Infrastructure Fund that will finance projects at farm-gate and aggregation point for efficient post-harvest management of crops.
The Essential Commodities Act was enacted in 1955 to check hoarding of essential commodities. Offences under this act are non-bailable.
With India becoming surplus in a lot of commodities, the relevance of continuing with stock and price limits imposed by the Act has often been questioned.
Soon after coming to power in 2014, the BJP Government made it more stringent by bringing onions and potatoes under the Act’s purview.
The Rs 1.63 lakh crore agriculture package, aimed at strengthening infrastructure, logistics and capacity building, also has schemes for micro food enterprises, cattle vaccination, dairy sector, herbal plantation, beekeeping and fruits and vegetables.
The Finance Minister said the governments will provide Rs 1 lakh crore for the agri infrastructure fund while a Rs 10,000 crore fund will support two lakh Micro Food Enterprises (MFEs) for promoting health and wellness, herbal, organic and nutritional products.
The Government will also launch a Rs 20,000 crore Pradhan Mantri Matsya Sampada Yojana for the development of marine and inland fisheries to provide employment to over 55 lakh persons and double exports to Rs 1 lakh crore.
Besides, the ongoing National Animal Disease Control Programme for Foot and Mouth Disease (FMD) and Brucellosis will look at 100 per cent vaccination of cattle, buffalo, sheep, goat and pigs against FMD at an outlay of Rs 13,343 crore.
Further, a Rs 15,000 crore Animal Husbandry Infrastructure Development Fund has been announced to support private investment in dairy processing, value addition and cattle feed infrastructure.
The Government has launched a Rs 4,000 crore fund to promote herbal cultivation in about 10 lakh hectares of area, Sitharaman said, adding another Rs 500 crore has been earmarked for beekeeping initiatives that will help two lakh beekeepers.
The Government has also extended Operation Greens from tomatoes, onion and potatoes to all fruits and vegetables by providing an additional fund of Rs 500 crore. This money would go into providing subsidy on transportation from surplus to deficient markets as well as on storages, including cold storages.
Earlier this week, Prime Minister Narendra Modi announced a cumulative package of Rs 20 lakh crore, nearly 10 per cent of GDP, to provide relief to various segments of the economy battered by the nationwide lockdown in the wake of the coronavirus pandemic.
It includes a Rs 1.7 lakh crore package, including free foodgrains and cash to poor for three months announced in March, and Rs 5.6 lakh crore stimulus provided through various monetary policy measures by the Reserve Bank of India (RBI).
Of the remaining amount, the Government in two tranches over the last two days announced a cumulative package of Rs 9.1 lakh crore. It was largely credit lines to smaller firms, concessional credit to farmers and support to shadow banks and electricity distributors.
Most of the first two tranches of the package are off-budget. The Government cash outgo is limited to just Rs 16,500 crore on free foodgrain and affordable housing to migrant workers as well as limited tax relief and marginal dole to some companies on employee retiral benefits.
Sources said outgo from Friday’s announcement would be Rs 1,000-2,000 crore.
Beginning March 25, India has imposed a three-week-long nationwide lockdown, the most far-reaching measure undertaken by any government to curb the spread of the pandemic.
The lockdown, which brought most of the economic activities to a standstill as factories and businesses were shut while rendering thousands temporarily unemployed, has since been extended twice through May 17, with some relaxations to allow resumption of economic activities.
According to estimates, the lockdown may have led to 12.2 crore people losing jobs in April and consumer demand evaporating. (PTI)