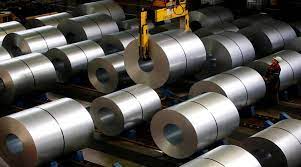 NEW DELHI, Oct 5: The Government has set up two advisory committees to iron out the challenges in the steel industry to achieve the target of 300 million tonne of production capacity by 2030.
Members of the steel industry, associations, academia, and senior retired Government officials are members of the two separate committees formed for integrated steel plants (ISPs) and the secondary steel sector, according to a steel ministry document.
“The Ministry of Steel has constituted two advisory committees, one each for the ISPs and the secondary sector. These committees take cognizance of the issues being faced by the sector and deliberate on the ways and means to mitigate them so as to achieve a targeted crude steel production capacity of 300 MT by 2030-31, as envisaged in the National Steel Policy 2017,” it added.
Several meetings of the advisory committee on ISPs and the secondary sector have been held since their formation.
The Ministry is extensively engaged with all concerned stakeholders and has been holding consultations with them to develop and finalise the contours of ‘Vision 2047’ for the sector, it noted.
“In this regard, a stakeholder meeting was held on 25th August 2022, attended by industry players and associations. Inputs and suggestions of all stakeholders have been sought on Vision 2047,” the Ministry said. (PTI)