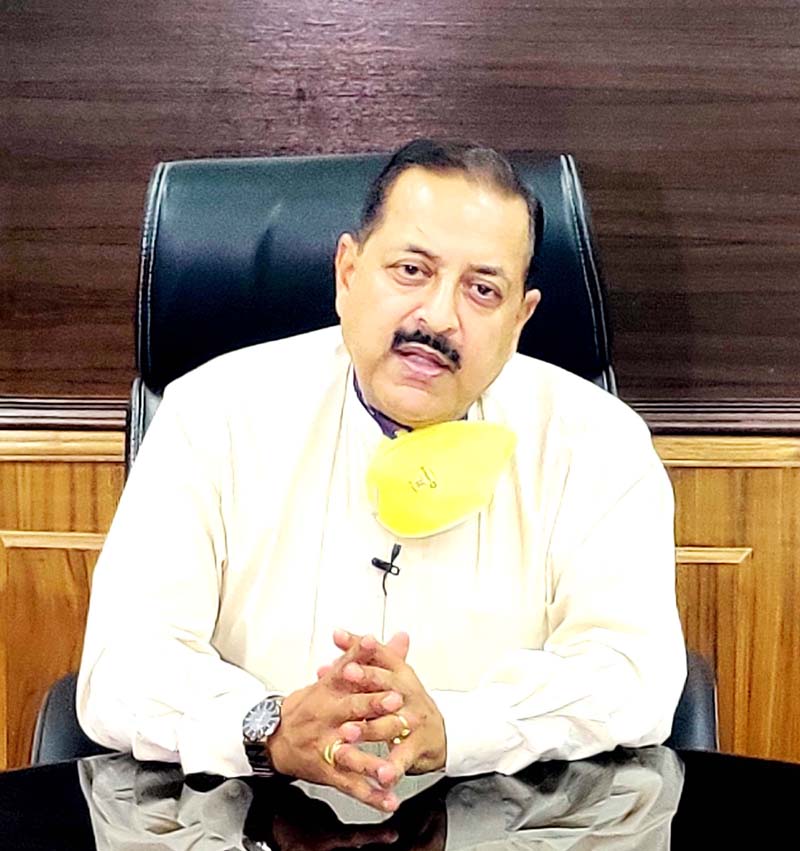 JAMMU, June 3: The Union Territory Government today withdrew decisions on preparations for reopening of educational institutions from June 15 and installation of more electronic meters in Jammu than Kashmir division and was set to address concerns of people and transporters on imposition of additional road/token tax on old vehicles.
The decisions were reversed on the intervention of Union Minister of State (MoS) in Prime Minister’s Office (PMO) Dr Jitendra Singh who spoke to Lieutenant Governor Girish Chandra Murmu on telephone from New Delhi and apprised him about concerns raised by the people over three decisions taken by the Union Territory Government including imposition of additional road/token tax on old vehicles, preparations for reopening of educational institutions and installation of more electronic meters in Jammu.
An official statement issued by the J&K Government quoted Advisor to Lieutenant Governor KK Sharma, Incharge School Education Department, as saying that the Government hasn’t taken any decision to reopen the schools on June 15 in the Union Territory.
The Advisor, however, said that instructions have been issued to schools to ensure sanitization of schools’ premises in view of COVID-19 spread across Jammu and Kashmir.
“That’s Right,” Dr Jitendra Singh tweeted in response to the Department of Information and Public Relations (DIPR) tweet which announced the Government decision that the schools are not being reopened on June 15.
Worthwhile to mention here that large number of parents of the students had voiced concern over the Government directions on preparations for reopening of educational institutions from June 15. The people had reacted very angrily to the decision and decided not to send their kin to schools even if they are opened by the Union Territory Government as there was no let up in Corona positive cases.
The people had also taken up the issue with Dr Jitendra Singh who rang up the Lieutenant Governor and ensured that the decision is reversed.
Sources said Dr Jitendra Singh has also taken up the issue of imposition of additional road/token tax on old vehicles registered in Jammu and Kashmir with the Lieutenant Governor.
According to highly placed sources, the decision is being reviewed by the UT Government and concerns of people and transporters will be fully addressed.
Dr Jitendra Singh is understood to have pointed out to the Lieutenant Governor that additional road/token tax will badly affect the people including transporters at a time when Jammu and Kashmir is passing through critical phase of Coronavirus and economic activity has come to a standstill.
Meanwhile, Principal Secretary Power Development Department (PDD) Rohit Kansal, who is also the Government spokesman, said in a meeting today that one lakh Smart Meters each in Jammu and Srinagar (total two lakh meters in J&K) will be installed.
The people had earlier been protesting in Jammu over news that installation of Smart Meters was nearly double in Jammu than Srinagar.
However, the Government handout today made it clear that one lakh meters each are being installed in both Jammu and Srinagar cities.
At the meeting, Kansal disclosed that the project implementing agency, RECPDCL, has already been able to procure 1.15 lakh meters till date. He said the available meters will be distributed equally between the two capital cities of Srinagar and Jammu. Besides, the requirement of funds for remaining 85000 meters will be taken up with the Ministry of Power, Government of India so that the target of one lakh meters for each city i.e. Jammu and Srinagar could be achieved.
The field installation of meters is scheduled to commence from July this year, Kansal said.