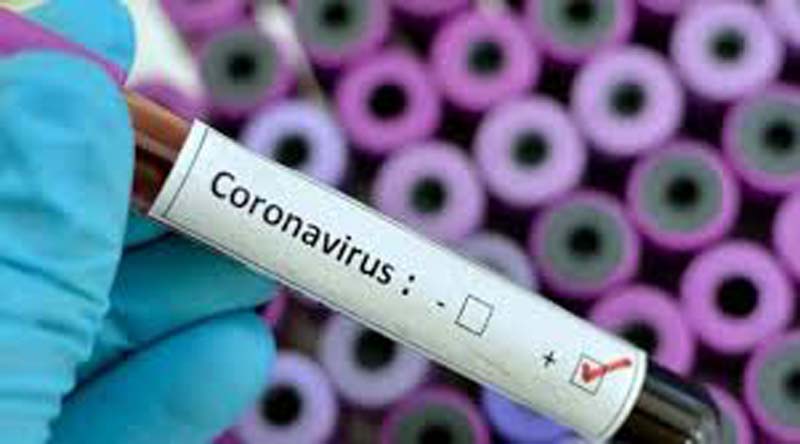 JAMMU, June 3: Fifteen security personnel from Army, IAF, BSF, CRPF and JKP were among 30 persons who tested positive for COVID-19 in the Jammu region today, the highest being 10 each in Jammu and Poonch districts, while just one person recovered and was discharged from the COVID Hospital.
Seven more persons today tested positive for the virus in the Union Territory of Ladakh taking total number of cases to 90 and active cases to 41. Samples of more contacts of a former Union Minister who died of COVID in Leh the other day becoming first Corona casualty in the Union Territory were taken today as many prominent political personalities and officers from Leh district remained quarantined having come into contact with the deceased.
This was for the first time that 15 security personnel have tested Corona positive in Jammu region on a single day, the previous highest being nine earlier.
Of 15 positive security personnel, one each belonged to the IAF, BSF and CRPF, two to JKP while rest were in the Army, sources said, adding that some of them belonged to Jammu region and were posted in different parts of the country besides Kashmir from where they had returned home and were under quarantine at their respective security formations where they were sampled and tested positive. Some others belonged to different States and had returned to duty in Udhampur, Jammu, Poonch, Samba etc after availing leave.
All of them had travelled by air, trains and buses to different parts of the region.
A police constable posted at Kot Bhalwal Jail who had returned from Srinagar after availing leave and was sampled, has tested positive.
A police constable hailing from Jagti, Nagrota and posted in SOG at Achabal in Anantnag district, who had returned home on leave 10 days back, has tested positive. His family members have been quarantined and his contact tracing is on as he had visited some shops for purchasing different items. He has been shifted to the Chest Diseases Hospital Jammu.
Police parties led by SDPO Nagrota Mohan Sharma have rushed to Jagti which is being contained by restricting inward and outward movement of the people.
Of 15 security personnel, three were tested positive in Udhampur and Samba districts, one in Poonch and rest in Jammu district.
Four police personnel had earlier tested Corona positive in Jammu region including three in Kathua district (two posted at Kathua police station and one at Lakhanpur). Yesterday, a police constable posted at District Police Lines (DPL) Udhampur and deployed on naka duty at TCP had also tested positive for the virus.
Eight persons today tested positive for COVID-19 in Poonch district.
All of them were under administrative quarantine. They hailed from Lassana, Marhote, Khanetar, Jhallas, Marrha and Dhara Morha villages and had travel history of Mumbai, New Delhi and Tamil Nadu. They were sampled on their return in trains and buses and were found positive.
All of them have been shifted to the dedicated COVID Hospitals.
Four persons were today tested Corona positive in Rajouri district. They were returnees from different areas and under quarantine.
One person has tested positive for the virus in Reasi district.
Apart from troops, two civilians from Domana and Akhnoor reported positive in Jammu district.
Meanwhile, seven persons in Kargil district in the Union Territory of Ladakh today reported positive for Coronavirus.
The new positive cases have been shifted from quarantine centres to Isolation Ward of the COVID Hospitals in Kargil and their contact tracing is on.
The Union Territory of Ladakh now has 90 cases and 41 active cases as 48 Corona patients have been treated and discharged while there has been one death.
Meanwhile, District Magistrate Leh Sachin Kumar has declared Shenam area of Leh as Containment Zone after positive cases were reported there yesterday.
According to official figures, Jammu region now has 672 Corona positive cases and 532 active cases as 136 patients have recovered. There have been four deaths.
Meanwhile, Microbiology Department of the Government Medical College (GMC) Jammu has appointed a Nodal Officer for indoor patients for their prioritized testing and for ready results within 12 hours to all concerned HoDs and Medical Superintendent.
“This was planned well in time to ensure bio-safety of all colleagues in the GMC and further minimize any institutional outbreak. This will avert any collapse of health services. The expertise of PSM Department has also made a difference,” sources said.
They added that Lab testing capacity has reduced multi-folds due to high positivity rates.
“Two cycles are done in 24 hours which can do 180 reactions. With 10 pooling, 1800 tests are possible except in pooled samples of known positive, high risk contacts, admitted patients and healthcare personnel. Maximum samples tested have crossed 1700 several times,” sources said, adding: “Once 30 pools are positive, they have to be depooled and will occupy 300 reactions, which is more than 24-hour capacity”.
For quality control, the Microbiology Department is trying to test four gene targets and repeat tests so as not to miss out any false negatives, which can lead to transmission of COVID-19 in community.
Meanwhile, as part of evacuation of people of other States and UTs stranded in Jammu and Kashmir, 2 Shramik special trains carrying about 1688 and 1517 migrant workers left today from Katra for Chhattisgarh and Madhya Pardesh respectively.
With this, the total number of outbound migrant workers who have been sent back to their home states and UTs through Shramik special trains from Katra since May 19, has reached 38,227 till date.
The Government has evacuated about 1,07,970 JK residents, stranded in other parts of the country due to COVID lockdown, via Lakhanpur and through special trains and buses till date amid strict observance of all necessary guidelines and Standard Operating Procedures.