JAmmu, Jan 17: Lieutenant Governor, Girish Chandra Murmu today interacted with the Councillors of Jammu Municipal Corporation (JMC) here.
While interacting with the Councillors, the Lt Governor observed that the non-implementation of 73rd and 74th Constitutional Amendments was hampering the complete empowerment of PRIs and Urban Local Bodies. He reiterated that the Government is resolute to implement the 73rd and 74th Constitutional Amendments that would provide solutions to many problems and would serve as powerful tool for a true self Government.
J&K has a Municipal Corporation Act 2000 but no rules have been framed under the said Act despite the lapse of so much time; this shows the lackadaisical approach on the part of the previous regimes, he added.
Replying to a query on domicile rights, the Lt Governor observed that the protection of lands and jobs for the locals of J&K would be ensured subject to certain exceptions keeping in view the interest of the UT.
The Lt Governor assured the Councillors that the Government is working on granting the Warrant of Precedence on the lines of BDCs to the Councillors of Municipal Corporations.
He asked the JMC functionaries to develop an innovative revenue generation model for the corporation.
The Councillors apprised the Lt Governor about a wide range of developmental issues of their respective wards including maintenance of roads, parks, play grounds, sanitation etc. They also raised the demands pertaining to establishment of more Solid Waste Management plants, promotion of tourism sector, construction of flyovers at the busy roads like Talab Tillo & Amphalla- Janipur road to reduce the traffic congestion etc.
Being apprised on the issue of replacing the old drinking water pipes, the Lt Governor assured the Councillors that replacement of old and cracked water pipes would be looked into on priority. Power potential of J&K also needs focused attention as it has not been tapped to its fullest, he added
He advised the Councillors to reach out to the people and sensitize them about sanitation and maintain cleanliness around their surroundings. He urged them to work devotedly to ensure the development of their Wards, maintaining cleanliness in the City and providing all the basic facilities to the people.
Chander Mohan Gupta, Mayor, Jammu Municipal Corporation (JMC); Adv. Purnima Sharma, Deputy Mayor, JMC and Councillors of JMC were present on the occasion.
Dheeraj Gupta, Principal Secretary Housing and Urban Development Department; Sanjeev Verma, Divisional Commissioner Jammu; Avny Lavasa, Commissioner, JMC and other senior officers of various departments were also present. 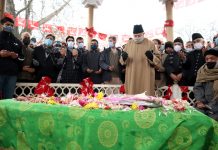 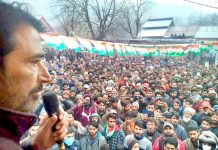 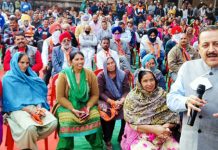 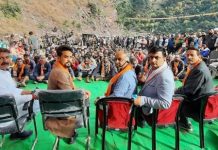 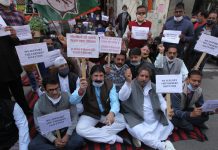 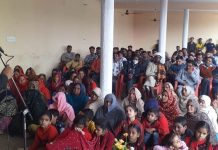 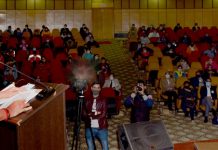 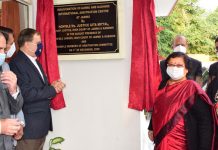 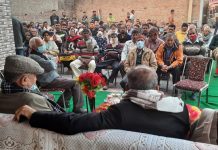 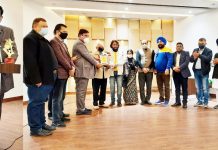 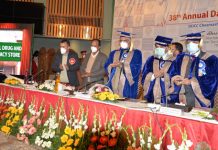