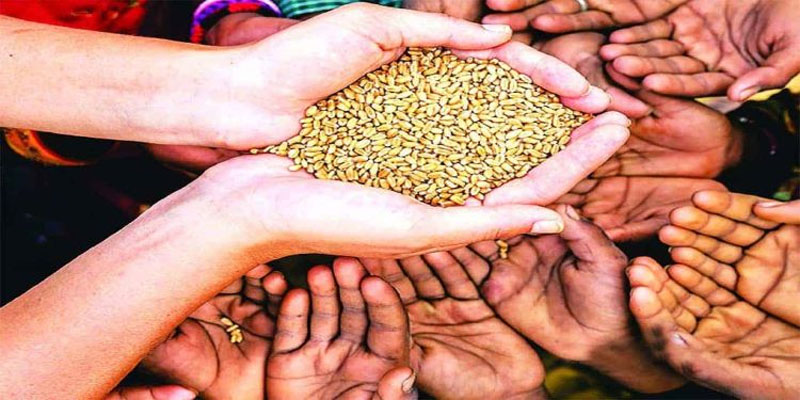 Irfan Tramboo
SRINAGAR, Oct 3: The Government has sanctioned the allocation of food grains under the National Food Security Act (NFSA) for snow-bound dumping areas of the Kashmir Division in advance which includes over 2963 quintals of rice and over 955 quintals of wheat.
In this regard, the Government has directed the allotment of the same in favour of the Assistant Director, Stores, Food, Civil Supplies and Consumer Affairs (FCS&CA), Kashmir who has been directed for the lifting of the same from the Food Corporation of India (FCI) and for distribution in the identified areas of Kupwara and Bandipora.
As per the details, the concerned officials have been directed to lift the entire released quantity and ensure the same is dispatched to the respective dumping stations for its further distribution amongst bonafide rationees through PoS devices only.
Besides, the allotment made in respect of districts in advance is to be recouped on a monthly basis from November 2022 onwards by or before June 2023 under respective categories/ schemes.
Under the AAY, the allocation made in rice is 2963.96 quintals and 202.56 quintals of wheat, under PHH, there is no allocation for rice, while 753.43 quintals of wheat have been released-which makes the total of 2963.96 quintals of rice and 955.99 quintals of wheat and overall 3919.95 quintals of total food grains for the snowbound areas.
The concerned have been directed to lift the allocated quantity from the specified loading point within the stipulated time frame and distribute the same to the identified beneficiaries strictly under instructions of the Administrative Department i.e. through PoS only.
As per the allotted food grains, district Kupwara-border areas-will get 2299.86 quintals of rice and 726.95 quintals of wheat and at the same time, Bandipora’s Gurez will get 664.10 quintals of rice and 229.04 quintals of wheat out of the allocated food grains.
The officials have been directed to furnish the monthly lifting/ off-take statements as per the prescribed format under NFSA to the directorate regularly in time without any fall.
“No diversion/ re-appropriation from one scheme to another category to another is allowed and the ration should be issued only to the bonafide rationees after proper identification and on cash payment specified by the government for each category under NFSA,” read the communication issued in this regard.
Further, the Assistant Director has been advised to draw advance center-wise roaster/requirement of different commodities as per the format and submit a copy of the same to the Directorate for prior approval before the issuance of ration among the consumers.
It has been underlined in the directions that the Assistant Director shall be personally responsible for the proper distribution of rations amongst the bonafide consumers as per the data generated under NFSA. “The Assistant Director will keep a strict vigil against pilferage and overcharging reported at any sale outlets.”
The Assistant Director, Stores has been further asked to furnish the information regarding daily lifting and dispatches of food grains to the Directorate on the following day without any fail apart from the sale records which should be deposited in the respective piece checking section for inspection.
The un-lifted quantity, if that turned out to be, officials said, owing to failure by any district, the same will be correspondingly deducted from the next month’s allocation. “The un-lifted quantity shall not be re-allotted during the next month,” the instructions state.
The entire quantity, for a particular center out of the above allocation due for the month, the directions stated, shall be dumped in one go, as per FIFO methodology, while noting that the under-scaling of rations if any, shall be treated as misappropriation and embezzlement.