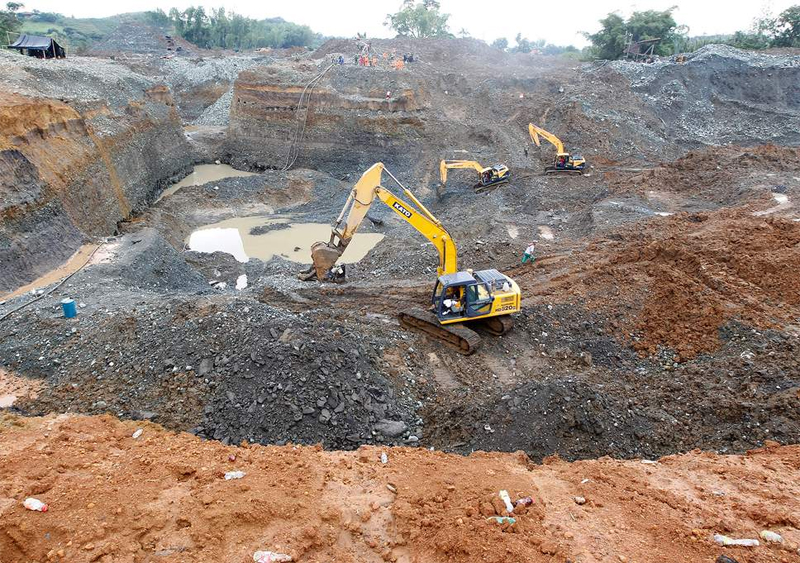 Excelsior Correspondent
SRINAGAR, July 14: Government is losing crores of rupees as royalty for various minerals that are being illegally extracted from various mining sites in Kashmir with officials of various departments allegedly making huge amounts of money and general people are suffering.
Government last year in December auctioned around 200 blocks in river Jhelum and its tributaries for mining, sand and boulders and the outside Jammu and Kashmir companies got the contractors for mining.
The mining contracts have been issued by the Government to outside Jammu and Kashmir contractors which has irked the locals as they accused Government of leaving them and thousands of workers jobless.
As the contractors have no permission to extract material from river bed following pending documents including environmental clearance, the officially they have yet to start extraction of sand and boulders.
Sources, however, said that sand and boulder extraction is taking place at massive scale in river Jhelum and its tributaries across Kashmir.
The boulder extraction is taking placing at Lassipora, Newa, Bundzoo and Chewa in district Pulwama. Besides this boulder extraction is taking place at Heff in district Shopian.
The sand extraction is taking place at Pathrethan, Reshipora, Lasjan, Awantipora, Pampore and Takanwari besides several other places.
Sources said that these contractors through their proxies are engaged in collecting royalty from the illegal miners and Government is losing crores of rupees. They said that this illegal mining is going on for last over one month and a royalty for a truck load of sand or boulders is being taken between Rs 1500-Rs 2000.
Directorate of Geology and Mining issued a notice to these contractors on June 20 asking them to apply for the environmental clearance and other necessary formalities so that the process of mining is started legally.
District Minerals Officer Pulwama, Ghulam Mohammad, told Excelsior that illegal mining is taking place in the district and they are trying their level best to stop it. He, however, said that no one is taking royalty as the letter of consent to operate has not been granted them yet.
District Minerals Officer Srinagar, Sartaj Ahmad, said that the companies which got the contract are yet to get environmental clearance or consent to operate. He said that they have limited resources but are stopping the trucks that carry such illegal material.