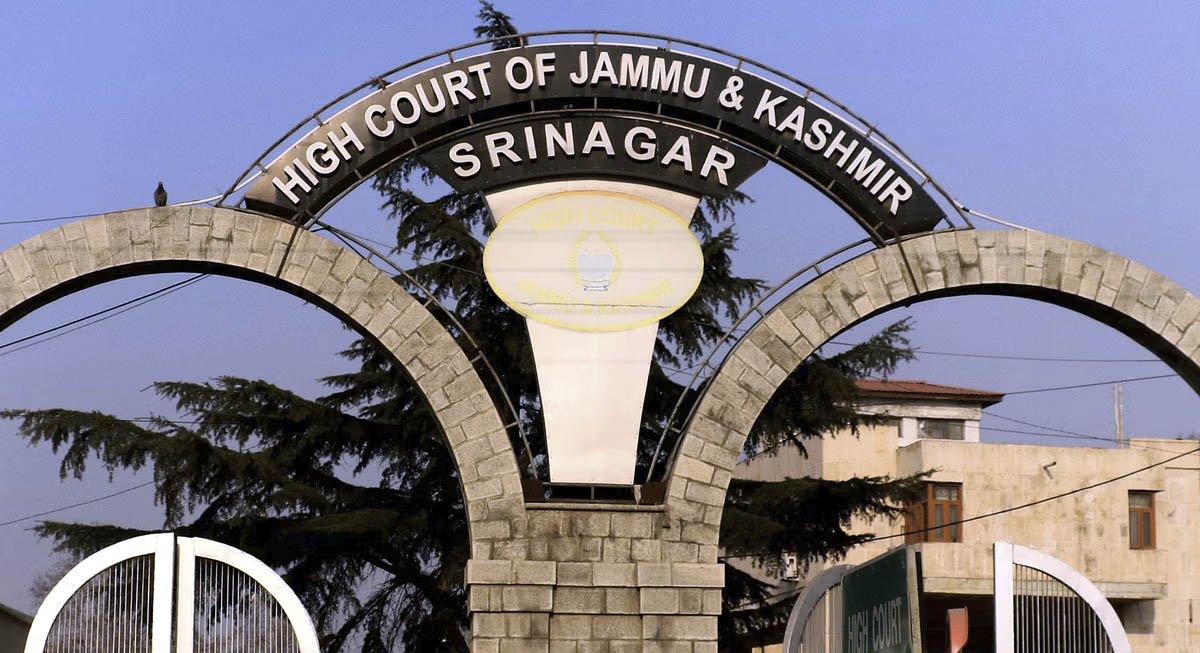 Excelsior Correspondent
Srinagar, Dec 5 : The High Court has clarified that there is no interim or stay order on policy making and has left it open for the Government to go forward with evolving policy with regard to management of temples in Jammu and Kashmir.
The direction followed by the Division Bench of Chief Justice Ali Mohammad Magrey and Justice Sanjay Dhar after the Advocate General submitted before the bench that pendency of petitions and interim orders passed by court has come in the way of the Government to evolve policy for management of temples.
When the matter was taken up for consideration, the AG questioned the maintainability of the Writ Petitions for the relief claimed and has also sought vacation of all interim orders passed by the Court in these Petitions.
He also added that pendency of various petitions are a hindrance for the Government to evolve the policy. “We have examined the orders passed by the Court, but there is no order staying the process, if any, initiated by the Government for evolving policy for management of the temples. In the above background it is provided that the Government shall be free to evolve any policy for management of the temples”, DB clarified.
The direction has been passed in various pleas filed in a representative capacity of Non-Migrant Pandit seeking protection and conservation of religious, historical monuments and temples of Kashmiri Pandit population in Valley including the rights of the property belonged to Shri Jagat Amba Sharika Chakreshwar Sanstha, Hari Parbat, Srinagar, as well as the enforcement of Constitutional and legal rights of Temple (Mandir) property and renovation of the property of the temple located at Gulmarg which has restricted for renovation / construction as per the general directions of the Court in a PIL pertaining to preservation of environs of Gulmarg resort.
It is alleged in the petition that the property of the Shiv Temple located at Gulmarg, Tehsil Tangmarg. District Baramulla, is exposed to encroachment and waste and the concerned being the custodian of the Migrant Property has failed to discharge the duties in preserving the property as enjoined upon under the Jammu & Kashmir Migrant Immovable (Property Preservation and Restraint on Distress Sales) Act, 1997.
In this regard, it is submitted that property of the temple has been encroached upon by the authorities of the Government and it has become expedient to make concerted efforts by the Sanstha for the restoration and upgradation of the assets of the Temple.
It is also contended that the Sanstha is a duly incorporated body and under an obligation to protect and preserve the assets of the Mandir. Shri Jagat Amba Sharika Chakreshwar Sanstha, Hari Parbat, Srinagar, Kashmir, is constituted right from year 1966 with the incorporation of reputed persons of eminence at the relevant point of time.
The plea further added in his plea that due to eruption of militancy in 1990 the Kashmiri Pandits left the Kashmir valley and mass exodus of Kashmiri Pandits happened and due to mass exodus of Kashmiri Pandits the miscreants’ burnt down the structures at various places in Kashmir valley including the structure located at Gulmarg near the temple which also damaged the temple located there.
The petitioner submitted that the Gulmarg Development Authority (GDA) has gone ahead of their powers by taking the temple land without any authority of law. A serious action needs to be taken against all the officials of the Gulmarg Development Authority and Municipal Committee, Gulmarg, who have taken the temple land and cases be registered against the persons who have encroached upon the temple land.
It is added that in absence of Petitioner-Sanstha from the Kashmir valley, the official respondents in a clandestine manner constructed the building and hut in connivance with concerned officials, while encroaching upon the Sanstha’s land. The conduct of official respondents is atrocious and tramples over the valuable rights of the petitioner-community, as such, the indulgence of the Court is sought to curb illegal construction and initiate appropriate legal action against the official respondents who have misused their authority.
The illegal erection of official buildings, he added, or any other building on the temple land of Petitioner-Sanstha is liable to be dismantled forthwith which superimposes the demarcated land existing on spot. The immediate measures for demolishing the existing buildings constructed on the temple land are required to be taken lest to expose the petitioner-community to inconvenience and irreparable injury constituting interference in the right to practice religion guaranteed under Article 25 of the Constitution of India.
“Enquiry against the functionaries of the J&K Union Territory Government, more particularly, respondent no. 4 upon whom the duty was cast upon to preserve the Migrant Property under the Act, may be directed to be conducted and be dealt in accordance with the law”, read the plea.