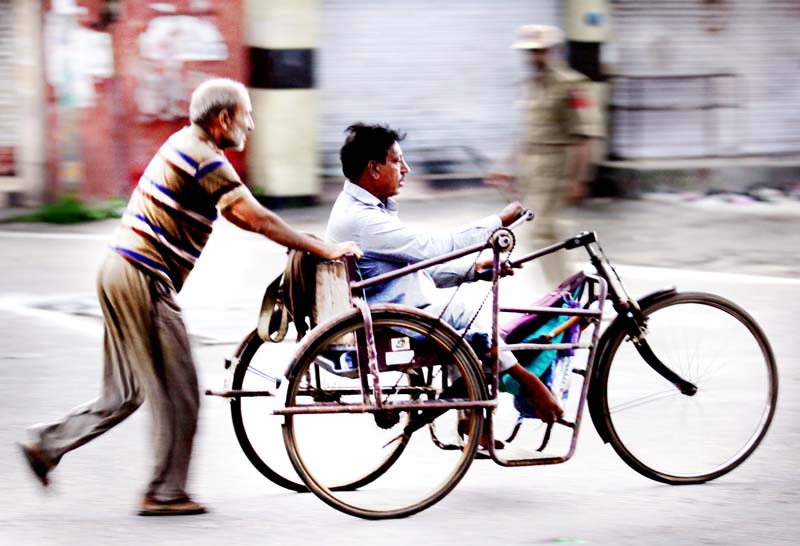 NEW DELHI,  May 17: The Centre on Tuesday issued instructions for reservation in promotion of Persons with Benchmark Disabilities (PwBDs) in all Central Government Departments.

In September 2021, the Supreme Court had “directed the Government to issue instructions on ‘reservation in promotion’, as provided in Section 34 of the Rights of Persons with Disabilities Act, 2016”.

“In case of promotion, four per cent of the total number of vacancies in the cadre strength within Group ‘C’, from Group ‘C to Group ‘B’, within Group ‘B’ and from Group ‘B’ to the lowest rung of Group ‘A’ shall be reserved for PwBDs,” said an order issued by the Department of Personnel and Training (DoPT) to secretaries of all central government departments.

Reservation in promotion shall be applicable in the cadres in which the element of direct recruitment, if any, does not exceed 75 per cent, it said.

The DoPT has asked every Government department to appoint a senior officer as the Grievance Redressal Officer.

“Any person aggrieved with any matter relating to discrimination in promotion may file a complaint with the Grievance Redressal Officer of the respective government establishment,” it said.

Every complaint filed, shall be inquired into within two months of its registration, and the outcome thereof or action taken thereon shall be communicated to the complainant or PwBD, it added.

In terms of Section 20(3) of the Rights of Persons with Disabilities Act, 2016, promotion shall not be denied to a person merely on the ground of disability, the order said.

“Further, in terms of Section 20(4) of the Act, no Government establishment shall dispense with or reduce in rank an employee who acquires a disability during his/her service,” it stated.

As per the proviso to this sub-section, if an employee is not suitable for the post he was holding after acquiring disability, he shall be shifted to some other post with the same pay scale and service benefits, it said.

An employee who acquires disability after entering into service will be entitled to get the benefit of reservation in promotion as a PwBD, the order said.

“No benefit of reservation shall be given on the basis of temporary certificate of disability,” it said.  (PTI)