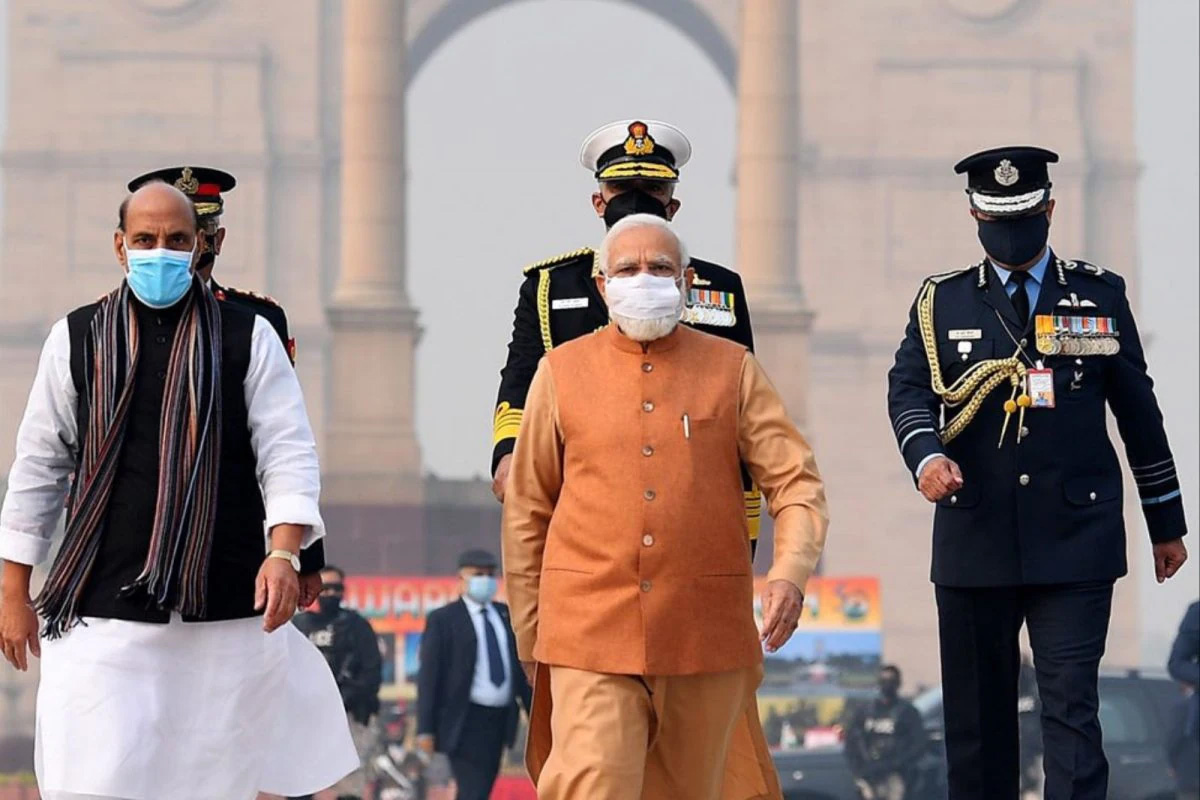 Excelsior Correspondent
JAMMU, Aug 16: Following sanction by the Union Ministry of Home Affairs earlier, the Jammu and Kashmir Government has approved Village Defence Guard Scheme (VDGS) with a view to prevent terror acts inspired and supported from across the border and boost Security Grid in the Union Territory.
An order to this effect has been issued by Additional Chief Secretary (Home) Raj Kumar Goyal.
The new scheme, which will replace Village Defence Committees (VDCs), has come into effect from August 15, the order said.
“Thanks PM Narendra Modi for your constant concern for J&K. Huge relief from the MHA headed by Amit Shah. Sanction accorded to VDGS for J&K,” Union Minister for State in PMO Dr Jitendra Singh tweeted.”
The VDGS will organize small group of volunteer armed civilians in the identified villages along the borders as well as in-depth areas of Jammu division with a view to instil sense of self protection and ensure safety and security of villages and infrastructural installations in and around them to check trans-border movement.
“The VDGS is intended to inculcate an attitude of self protection in security matters amongst the local population and also to supplement ongoing efforts of security forces in dealing with the acts of subversion and trans-border movement. It is a manifestation of will of the people to actively and voluntarily participate in the efforts to thwart nefarious designs of anti-national elements and uphold sovereignty and integrity of the nation,” the Government said.
The VDGS will also be responsible for protecting community installations and infrastructure facilities within defined areas of the village. They will conduct night and day patrolling in systematic manner.
As per the Home Department’s order, the areas and villages where the earlier Scheme (VDCs) was in operation, shall be considered as “more vulnerable areas” and arrangements made pursuant to earlier scheme shall now be governed by the new scheme.
“In addition to these areas/villages, any other area/village, which may be considered as “more vulnerable area” by the law enforcement agencies necessitating application of the scheme, the Government in the Home Department will declare them as such for the purpose of instant scheme,” the order read.
It said the persons who will be heading, leading or coordinating the Village Defence Guards in more vulnerable areas will be paid Rs 4500 per month. Members of the Group on voluntary basis will be paid a uniform rate of Rs 4000 per month. All pending claims up to August 14, 2022 would be governed in terms of the earlier scheme.
The Village Defence Group will be headed by a retired officer of the Army, Central Paramilitary Forces and Jammu and Kashmir Police while the members of each Group will work on voluntary basis and the selection will be made carefully by the district administration from amongst the ex-servicemen and ex-policemen of the village and able-bodies young men, who have proficiency in the handling of arms and ammunition and are prepared to contribute towards welfare of community and security of the village.
“Based on assessment made by the Law Enforcement agencies, a group of armed civilians belonging to “more vulnerable areas”, not more than 15 in number in each group, shall be designated as Village Defence Guards. They should be in possession of valid arms licenses to whom weapons have been provided by Jammu and Kashmir Police, determined by the District Magistrates/SSPs concerned keeping in view credentials of the volunteers’ population of the village, its location and security requirement,” the order said, adding the persons who are willing to purchase weapons on their own having valid license will also be eligible for the VDGS.
The Village Defence Group will function under supervision and direction of SP/SSP of the concerned district. Those leading the Group shall be authorized to make use of police wireless facilities for passing and receiving messages having a bearing on their charter of duties.
As per the order, the Village Chowkidar and Lumberdar of the “more vulnerable areas” will be instructed to assist the Village Defence Groups in carrying out their duties.
“They may also seek the assistance of the local villagers in discharge of their duties, who would be duty bound to provide the necessary assistance and help. The District Magistrate shall invoke necessary legal provisions to facilitate discharge of duties by the Groups,” it said.
It added that the concerned District Magistrate will be responsible for dove-tailing the Village Defence Groups with existing deployment of the security forces, both on the border as well as in depth areas, in consultation with security forces Commanders so as to ensure optimum utilization of manpower and weapons.