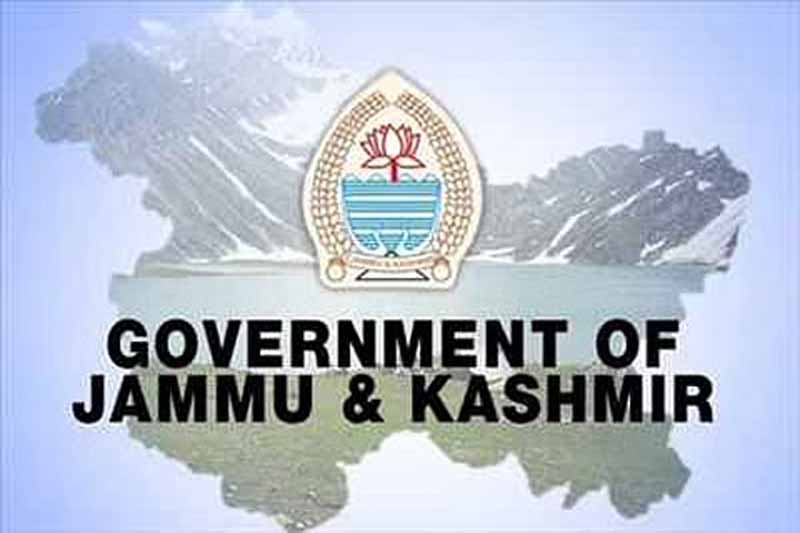 JAMMU, Sept 7: The Jammu and Kashmir Government today formally notified revised rules for compassionate appointments, which were earlier made under SRO 43, now called Jammu and Kashmir Rehabilitation Assistance Scheme, 2022.
Click here to see full order
The scheme had recently been approved by the Administrative Council (AC) in its meeting under the chairmanship of Lieutenant Governor Manoj Sinha. It was formally notified today by the General Administration Department (GAD).
The Scheme will apply to dependent family member of a Government employee who dies in harness, retires on invalid pension and dies as a result of militancy related or enemy action on the LoC/International Border within J&K but is not involved in any militancy related activities.
Dependents will include spouse and son/daughter including those adopted under law and brother or sister in case of an unmarried Government servant.
The scheme will be applicable to only those Government servants who have been appointed on regular basis and not daily wager, casual, apprentice, adhoc contract or re-employment basis.
The Administrative Secretary General Administration Department (GAD) has been designated as competent authority to make compassionate appointments and grant monetary compensation under the scheme. However, in case where relaxations are involved, the Lieutenant Governor through the Chief Secretary in coordination shall be the competent authority.
The post which will be offered as compassionate appointments include Multi Tasking Staff or equivalent or lowest non-gazetted cadre posts in the Department.
For compassionate appointments, the applicant should be dependent family members of the deceased Government employees, eligible and suitable for the post in all respects under relevant Recruitment Rules. The applicant who is a Graduate or has higher qualifications can also be considered for appointment against a lowest non-gazetted post/Multi Tasking Staff post notwithstanding the bar on higher qualification prescribed in the extant Rules.
As per the new Scheme, the applicant shall be assessed with regard to Relative Merit Points Assessment Scheme (RMPAS) on a 100 point scale and will be required to meet standards laid down for compassionate appointment with regard to RMPAS.
“The applicant will have option to refuse appointment and in case he/she choose to do so, they will be entitled to a monetary compensation of Rs 5 lakh in lieu of the appointment,” as per the new Scheme.
It said the Government may also support the application of dependents, if he/she request under various Self Employment/Government Sponsored Employment Generation Schemes to the banks for obtaining credit as per laid down norms for setting up a manufacturing unit or a trading venture.
“Upper age and educational qualification prescribed in the relevant Recruitment Rules may be relaxed wherever found to be necessary, However, lower age limit will not be relaxed. Again, the powers of relaxation of upper age limit vest with the Lieutenant Governor through the Chief Secretary in coordination,” the new Rules said.
The GAD shall every year hold back up to 5 percent of vacancies in Multi Tasking Staff and lowest non-Gazetted cadre across all departments to be filled by direct recruitment through Services Selection Board or otherwise, so as to full such vacancies by appointment on compassionate grounds, the order read.
The ceiling of 5 percent of direct recruitment vacancies form making compassionate appointment shall not be exceeded by utilizing any other vacancy except in the case of Government servants who may die as a result of militancy related action or due to enemy action on the LoC/IB within J&K where the GAD will be competent to utilize a vacancy over and above the prescribed percentage.
As per the new scheme, the compassionate appointment can also be made against technical posts at Multi Tasking Staff and lowest non-Gazetted cadre subject to fulfilment of eligibility/qualification as prescribed in the Recruitment Rules.
“A person selected for appointment on compassionate grounds shall be adjustment in the Recruitment Roster against the appropriate category i.e. SC/ST/OBC/General, depending upon the category to which he/she belongs,” the new scheme revealed.
It said cases of missing Government servants shall also be covered under the new scheme but subject to certain conditions.