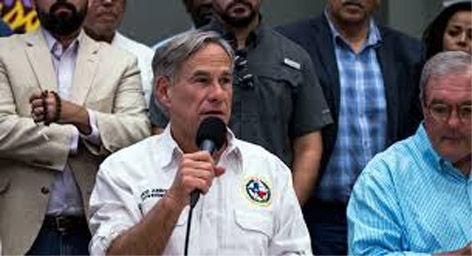 WASHINGTON, Jan 11: Texas Governor Greg Abbott said in a letter to US Secretary of State Mike Pompeo that his state would not participate in the Trump administration’s 2020 refugee resettlement program. “At this time, the state and non-profit organizations have a responsibility to dedicate available resources to those who are already here, including refugees, migrants, and the homeless – indeed, all Texans,” Abbott said in the letter on Friday. “As a result, Texas cannot consent to initial refugee resettlement for FY [fiscal year] 2020.” Abbott also said Texas’ decision does not deny any refugee access to the United States nor does it preclude a refugee from later coming to Texas after initially settling in another US state. On September 26, President Donald Trump signed an executive order requiring resettlement agencies to obtain consent from all cities and states where they plan to resettle refugees. If no consent is obtained, then federal resettlement agencies would be prevented from operating local offices to provide services there.
Earlier in November, Trump ordered an 18,000-refugee cap be established in fiscal year 2020, marking the lowest number of refugees in nearly four decades.