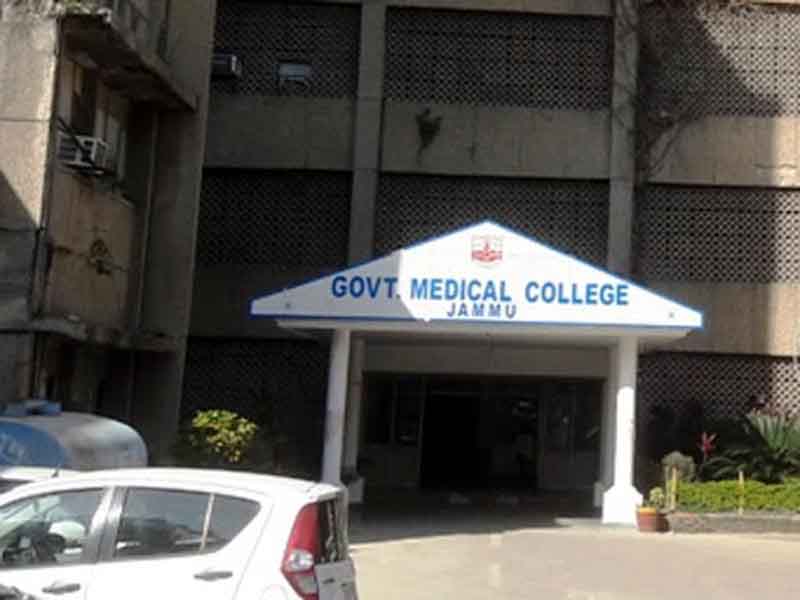 JAMMU, Sept 26: In a major set back to Government Medical College (GMC) Jammu, the proposal under Centrally Sponsored Scheme for strengthening and up-gradation of infrastructure and raising machinery & equipment for starting new PG disciplines under 10 per cent EWS quota has been rejected by Government of India and the sword of losing financial assistance worth Rs 31.25 crore under the scheme is looming large over the Medical College.
Official sources told Excelsior that in response to the proposal submitted by Financial Commissioner, Health and Medical Education Department J&K, Atal Dulloo on 24-04-2020 regarding implementation of 10 per cent EWS quota in PG courses in GMCs of Jammu and Srinagar for the academic year 2020-21, Directorate General of Health Services, Government of India vide its letter dated 19-05-2020 after approval of Board of Governors in supersession of Medical Council of India, conveyed the enhancement of total 50 Post Graduate seats in J&K.
“While GMC Jammu got enhancement of 25 Post Graduate seats in various disciplines, 19 PG seats were increased in GMC Srinagar and 6 PG seats enhanced in SKIMS Soura. This enhancement was possible only by the proactive efforts of Financial Commissioner who despite against all odds during COVID peak in J&K, made all the proposals reach Medical Council of India, by deputing a special envoy at New Delhi when COVID was at peak at Delhi,” sources maintained.
They said that with the efforts of the FC, the total pool of PG seats of GMC Jammu increased from 173 to 198 and of GMC Srinagar increased from 191 to 210 and seats of SKIMS increased from 129 to 135, there by raising the total pool of PG seats of J&K from 493 to 543 in total.
Sources further informed that against 25 enhanced PG seats, GMC Jammu was due to get total financial assistance of Rs 31.25 crore (Rs 1.25 crore per seat) for upgrading its infrastructure, machinery and equipment as per requirement of the MCI. Similarly, GMC Srinagar and SKIMS were due to get Rs 23.75 crore and Rs 7.5 crore, respectively under the scheme.
Government of India, subsequently, desired that the comprehensive proposal with detail Gap analysis and Detail Project Reports (DPR) duly signed by Chief Engineer, Civil Department of respective colleges should reach within one month time for further necessary grant of approval like other Medical Colleges of India.
However, sources said that there was unprecedented delay on the part of authorities of GMC Jammu and in their failure to anticipate the importance of the project, they did not prepare the project as per the format prescribed by Government of India and it was lacking detail gap analysis as per MCI requirement and hence was rejected vide letter dated 17-09-2020 of Ministry of Health and Family Welfare (MoHFW) written to Principal GMC Jammu.
“I am directed to refer to the proposal received from GMC Jammu under Centrally Sponsored Scheme for strengthening and up-gradation of Government Medical Colleges for starting new PG disciplines and increasing PG seats (Phase- II) under EWS quota. However, on examination, the proposals have not been found in order and therefore, the same are being returned herewith in original,” the letter of MoHFW read.
Sources said that due to non-seriousness on the part of the Principal, GMC Jammu, first the DPRs were made very late and that too in a wrong format which do not meet gap analysis as per MCI requirement and then even after instructions of the Administrative Department to depute an officer well versed with the project to MoHFW to ensure delivery of the DPRs, he deputed an Assistant Professor who had no idea about the proposal.
With the rejection of the proposal of the GMC Jammu, sources said the sword of loosing the financial grant worth Rs 31.25 crore for strengthening the infrastructure, machinery and equipment, is looming large over the premiere institution of Jammu.
They further said that in case GMC Jammu lose financial aid from Government of India, then Government of J&K will be left with two options-either to loose recognition of enhanced 25 PG seats or provide financial aid from its own budget against created liability.
Principal, GMC Jammu, Dr Nasib Chand Digra, did not respond to the repeated calls of Excelsior. However, Financial Commissioner, Health and Medical Education Department, Atal Dulloo, admitted that the proposal submitted by the GMC Jammu has been rejected but the FC said the GMC Jammu will apply fresh in the prescribed format within a shortest possible time and he will himself ensure that this time no error is left in the whole process.