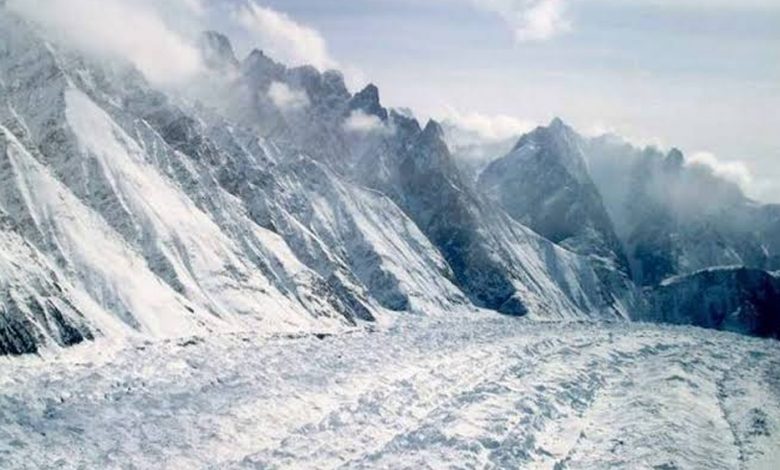 NEW DELHI, Dec 13: Glaciers in the Himalayan states have been adversely affected by environmental pollution in the form of black carbon, which is emitted in the atmosphere as a by-product of combustion, the Centre told the Parliament on Friday.

Responding to a question raised in the Lok Sabha on whether black carbon (BC) was present in high concentrations in the Himalayan region, Union Environment Minister Prakash Javadekar said that as per observations by the institutes concerned, the concentration of BC in the foothills of the Parbati, Hamta and Beas Kund Glaciers has been found to be 796 nano gram per cubic metre (ng/m3), 416 ng/m3 and 432 ng/m3, respectively.

“As monitored by Wadia Institute of Himalayan Geology, in Gangotri Glaciers, BC concentration is ranging from 0.01µg/m3 (microgram per cubic metre) to 4.62 µg/m3 or 4620 ng/m3,” the minister said in a written response.

“Black Carbon, monitored on Himalayan Glaciers by various institutions, is emitted into the atmosphere as a by-product of combustion processes such as fossil fuel, vegetation burning, industrial effluent, motor vehicle and air craft exhausts,” Javadekar said.

He said that as monitored by the GB Pant Institute of Himalayan Environment and Development, BC concentration over the Parbati Glacier in Himachal Pradesh ranges between 0.34 µg/m3 -0.56 µg/m3.

Elaborating on the steps taken by the government to tackle the black carbon menace in the Himalayan states, the minister said the steps include financial assistance to states by the Ministry of New and Renewable Energy for setting up of Waste to Energy plants.

“For Biogas, capital subsidy of Rs 1 crore per 12,000 m3 Biogas/day is provided. Under Power Projects, subsidy of Rs. 3 crore per MW is provided. In case a developer wants to set up power generating unit at already existing Biogas generation unit, the applicable Central Financial Assistance (CFA) will be only Rs 2 Crore per MW,” he told the Lower House.

Giving out steps taken by the Himalayan states, the minister said Uttarakhand has banned burning of plastic and garbage and established compactors to compact segregated recyclables such as plastic, rubber, cardboard, jute bags etc.

“Government of Himachal Pradesh has enacted Himachal Pradesh Non-Biodegradable Garbage (Control) Act, 1995 in order to curb environment pollution due to unscientific disposal of non-biodegradable waste and also regulated the number of vehicles plying to Rohtang pass to 1200 (800 diesels and 400 petrol) in a day,” he said.

The environment minister also gave out the details of directions issued by state pollution control boards in tackling plastic pollution.

“Himachal Pradesh (HP) State Pollution Control Board collected a total compounding fee of Rs 6.67 lakh by compounding 787 violators in the State of HP in year 2019.

“Uttarakhand Environmental Protection and Pollution Control Board has issued direction to all District Magistrates for compliance of Plastic Waste Management Rules, 2016 and collected Rs 110.53 Lakhs from defaulters and Rs 24.08 Lakhs has been collected for violation of Anti-Littering and Spitting Act, 2016. Jammu and Kashmir Pollution Control Board issued closure order seven defaulters (Plastic Manufacturing Units) and seized approximately 28 MT of illegal polythene and other banned items (singe use plastic) during the last six months,” he said. (PTI)