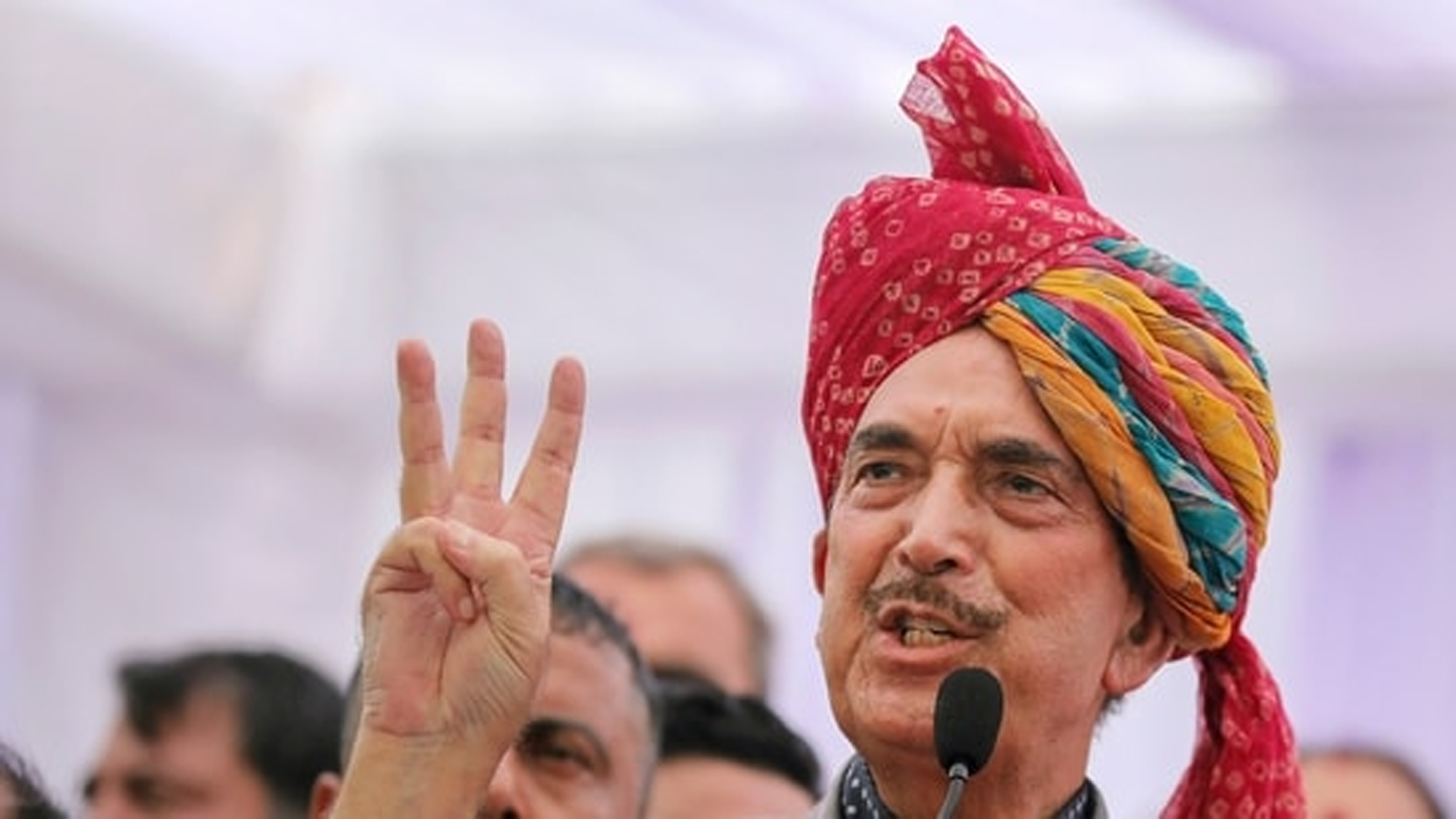 Jammu, Oct 1: Former Chief Minister of the erstwhile Jammu and Kashmir state Ghulam Nabi Azad has been elected the chairman of his newly formed Democratic Azad Party (DAP), a party leader said on Saturday.
A resolution to this effect was passed at a founder members session, which was held both in Jammu and Srinagar, the leader said, adding the decision was unanimous.
Azad, 73, who quit the Congress on August 26, launched DAP in Jammu on September 26 with the support of dozens of former ministers, ex-legislators and other prominent leaders, majority of whom also resigned from the Congress in his support. (Agencies)