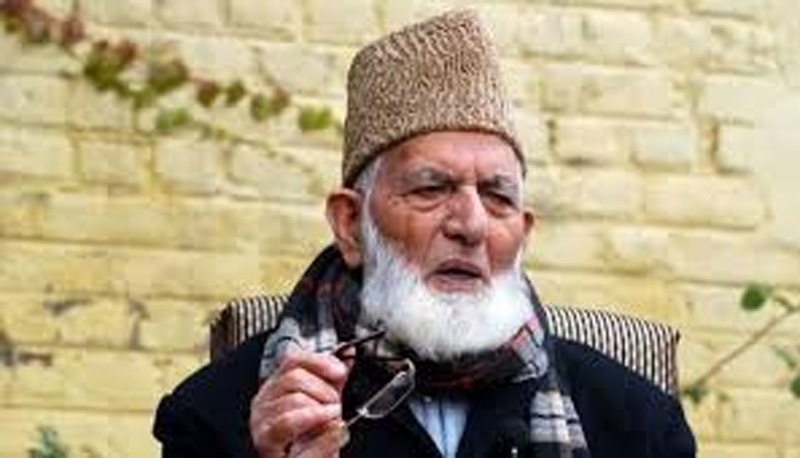 Excelsior Correspondent
SRINAGAR, July 7 : Police today registered a case under Unlawful Activities (Prevention) Act and for public mischief under IPC over a letter attributed to former Hurriyat Conference chairman Syed Ali Shah Geelani having called for a strike on July 8 and 13 and posters glorifying militants.
Police said that the letter was fake and not issued by Geelani who resigned as chairman of Hurriyat Conference last week.
“As per the family sources of SAS Geelani, the letter is fake and not issued by him. This is published from Pakistan,” police said.
“Police are taking action against those who are circulating it through different social media platforms to instigate violence and create Law and Order problems,” it said.
Police registered a case (FIR No 265/2020) under Section 13 ULA(P) Act, 505 IPC (public mischief) in Police Station Budgam. “Further investigation is in progress,” police added.
Police have also registered a case over posters attributed to the death anniversary of Burhan Wani.
Police said that the miscreants are trying to incite violence and create law and order problems in the Kashmir valley.
Police said that a poster is being circulated by miscreants to mislead the general masses so as to cause fear and alarm and incite the miscreants to commit offences. “These posters and fake statements are being circulated at different places and uploaded on different social media to glorify killed terrorist”, police added.
“Some miscreants are forwarding such malicious and fake propaganda from across the border and within the UT through various social media platforms, asking public to observe strike on 8th and 13th July 2020”, police added.
Police said that objective underlying such act is to propagate secessionist ideas and peddle rumour mongering in order to terrorise the general public and create commotion so that a strike is observed and people indulge in unlawful activates and disrupt law and order.
“People are requested not to pay any heed to such provoking posters and fake statements”, police added.