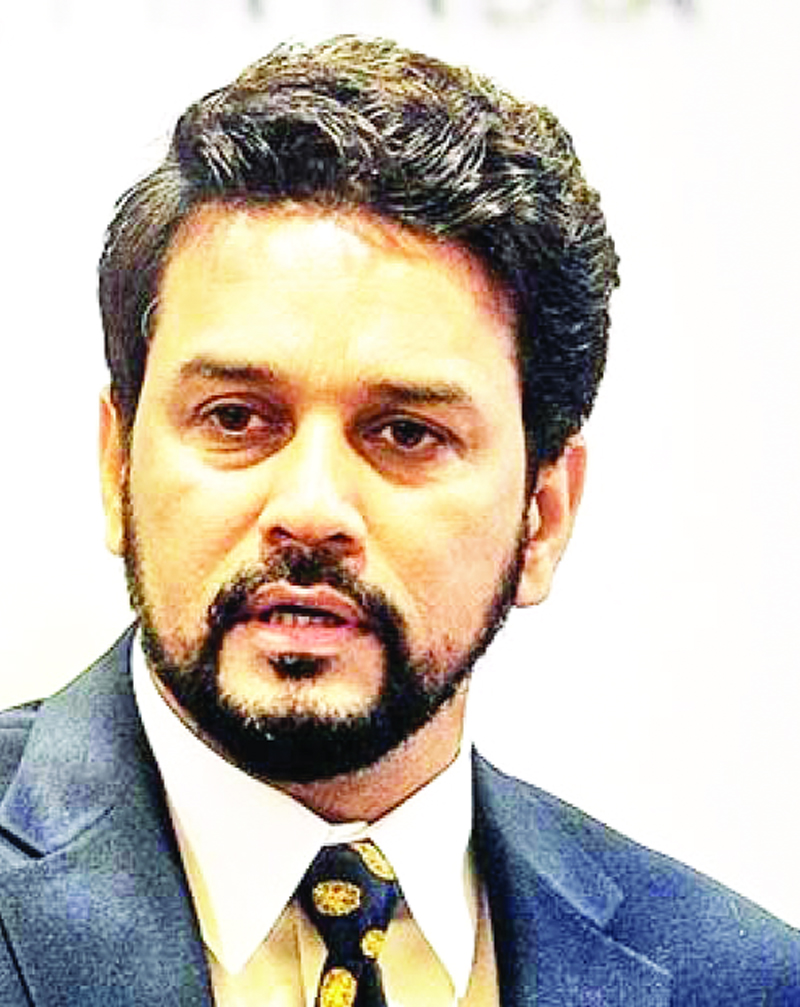 NEW DELHI, July 7:
The Finance Ministry is swiftly implementing various schemes announced under the Rs 20.97 lakh crore Aatmanirbhar Bharat Abhiyan package which is going to have a multiplier effect on the Indian economy, Minister of State for Finance Anurag Singh Thakur said on Tuesday.
Emphasising that India’s resilience will sail the country through these testing times, he said the government led by Prime Minister Narendra Modi is doing everything possible for Indians and the industry to deal with the challenges caused by the outbreak of COVID-19 pandemic.
“In the Finance Ministry we are evaluating the situation regularly and swiftly implementing announcements made so far. Aatmanirbhar Bharat Abhiyan package will have a multiplier effect on the economy. If you look at this, the two decades of reforms were undertaken in the span of two weeks. India means business in a world where business is no longer as usual,” he said.
The Aatmanirbhar Bharat Abhiyan package which focuses on survival of business and sets a roadmap for the revival of the economy, he said while addressing FICCI Frames via webinar.
The five-part stimulus package, announced in May, comprised Rs 5.94 lakh crore in the first tranche that provided credit line to small businesses and support to shadow banks and electricity distribution companies.
The second tranche included free foodgrain to stranded migrant workers for two months and credit to farmers, totalling Rs 3.10 lakh crore. Spending on agri infrastructure and other measures for agriculture and allied sectors in the third tranche totalled to Rs 1.5 lakh crore.
The fourth and the fifth tranches that dealt mostly with structural reforms including relaxation of foreign direct investment (FDI) limit in defence, privatisation of six more airports, and fully opening up coal mining to the private sector.
Talking about the media and entertainment sector, Thakur said the creative economy is a high growth sector.
“If nurtured properly, it can tremendously boost competitiveness, productivity, sustainable growth, employment and the export potential of India. The challenge before India is in the form of intellectual property, and the copyright digitalisation, skilled workforce and access to distribution networks,” he said.
The industry is totally dependent on advertisement, whereas globally, major income comes from distribution networks or from the payment that each consumer pays, he said.
There is a need to align all of these to accelerate and create new avenues of growth and revenue, he added. (PTI)