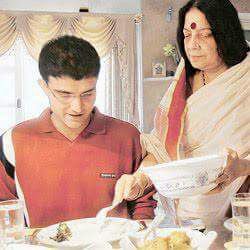 KOLKATA: Former India captain Sourav Ganguly’s septuagenarian mother Nirupa Ganguly has been hospitalized a couple of days back because of a heart ailment.

This was confirmed by Ganguly at a function here.

“She’s under observation. I’m not sure of her release yet,” Ganguly, who has returned from his World Cup commentary assignment, said on Wednesday.

The iconic Bengal cricketer is scheduled to return to England on Tuesday, ahead of India’s match against West Indies. (AGENCIES)