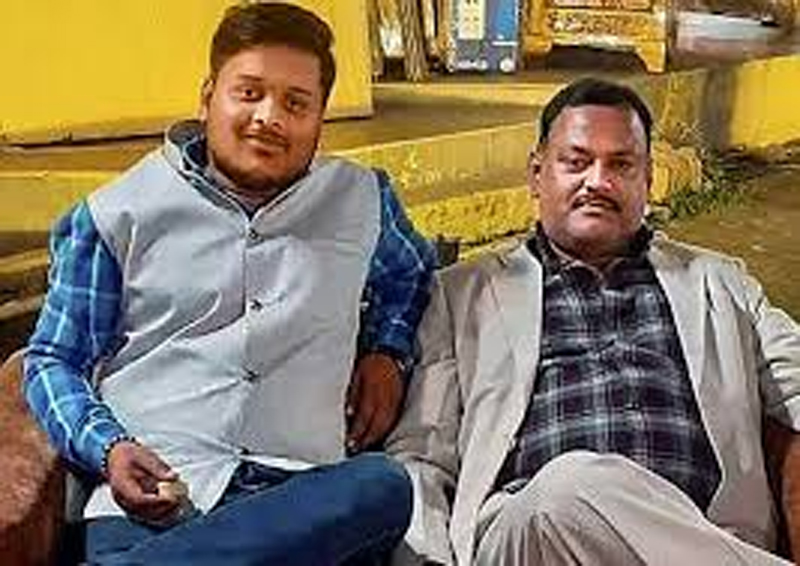 LUCKNOW/KANPUR, July 8:
The Uttar Pradesh Special Task Force (STF) killed an aide of gangster Vikas Dubey in Hamirpur on Wednesday and arrested six others in separate encounters in Kanpur and Faridabad for their alleged role in last week’s Bikru ambush, wherein eight policemen were killed, a senior officer said.
Two policemen were injured in the Hamirpur encounter.
“Amar Dubey, who carried a reward of Rs 50,000, was killed in an encounter in Maudaha village of Hamirpur district,” Uttar Pradesh Additional Director General of Police (Law and Order) Prashant Kumar told reporters.
An unlicensed semi-automatic pistol of .32 bore was seized from the encounter site in Hamirpur, he said.
“Acting on a tip-off, a team of the STF and local police surrounded Amar. He was injured in the firing and he died during treatment in a hospital,” Hamirpur Superintendent of Police Shlok Kumar said.
Two policemen, including an inspector from Maudaha and an STF constable, were injured in the encounter, he added.
Amar Dubey is the third member of Vikas Dubey’s gang who was killed in an encounter with the police.
In a separate encounter in Kanpur on Tuesday night, three associates of the dreaded gangster were arrested from the Chaubeypur area, the ADG said.
“An aide of Vikas, Shyamu alias Shyamji Bajpai, who was carrying a reward of Rs 50,000, and two others — Sanjiv Dubey and Jahan Yadav — were arrested after an encounter with the police in the Chaubeypur area. Bajpai sustained bullet injuries on his leg,” he added.
In Haryana’s Faridabad, the local police arrested three persons after an encounter in the Kheripur area late on Tuesday night.
With the help of the CCTV footage obtained from the area, the police are trying to ascertain whether Vikas Dubey and three of his associates tried to book a room in a Faridabad hotel.
“Three persons close to Vikas Dubey were arrested from Faridabad. They were identified as Ankur, his father Shravan and Kartikey alias Prabhat,” he added.
Four weapons, including two 9 mm pistols of the police and 44 live cartridges were seized from their possession, Kumar said.
The three arrested men will be brought to Uttar Pradesh on transit remand from Haryana, he said.
The Uttar Pradesh government has increased the reward on information leading to the arrest of Vikas Dubey, involved in the killing of eight police personnel, from Rs 2.5 lakh to Rs 5 lakh.
“The cash reward for the arrest of Vikas Dubey has been increased to Rs 5 lakh. It would be given to those providing information about him,” Additional Chief Secretary Awanish Kumar Awasthi said.
IG, STF Amitabh Yash said, “The STF is tracking all those named in the FIR and wherever we get information, we are taking the help of the local police. We are also trying to trace the weapons taken away from policemen and those used by the criminals to attack the police force.”
Of the five weapons taken away by the Vikas Dubey gang, two AK-47 and Insas rifles are yet to be recovered, the ADG said.
About the delay in nabbing Vikas Dubey, the IG said, “He is a hardened criminal, who is used to hiding. But we will surely nab him. We have started getting success.”
Eight policemen were ambushed in Bikru village in the Chaubeypur area of Kanpur, where they had gone to arrest Vikas Dubey. The men in uniform fell to bullets fired from rooftops shortly after Friday midnight.
According to sources, Amar Dubey was involved in the security of Vikas Dubey and travelled with him wherever he went, while Bajpai was also close to the gangster.
Two other associates of Vikas Dubey — Prem Prakash Pandey and Atul Dubey — were killed by the police in an encounter in Kanpur on Friday.
Vikas Dubey’s close relative Chhama, neighbour Suresh Verma, domestic help Rekha and her husband Dayashankar Agnihotri, a key member of the gang, were arrested by the police. (PTI)
Agnihotri was arrested on Sunday following an encounter, in which the police shot him in the leg.
All 68 personnel of the Chaubeypur police station were shunted to the reserve police lines on Tuesday amid doubts over their professional integrity.
The announcement was made soon after the police transferred DIG, STF Anand Deo, who until recently was the senior superintendent of police (SSP) in Kanpur. Deo was transferred to the Provincial Armed Police (PAC) unit in Moradabad.
Deo was the Kanpur SSP in March when Deputy Superintendent of Police Devendra Mishra purportedly wrote a damning letter, which surfaced on the social media after he was killed in the Bikru ambush.
The unverified letter to the then Kanpur SSP alleged that Chaubeypur station officer Vinay Tiwari had watered down an FIR lodged against Vikas Dubey.
It suggested that Tiwari and Dubey were close. However, the police said there is no record of the purported letter, which was not dated and carried no serial number. Deo said the signature in the letter does not match that of the slain officer. (PTI)
The police, however, said they will still investigate the letter. Lucknow Range IG Lakshmi Singh is probing the matter. She is likely to submit the report by the evening.
The police have named 21 people in the FIR registered after the attack. The FIR also mentions 50-60 unidentified people. (PTI)