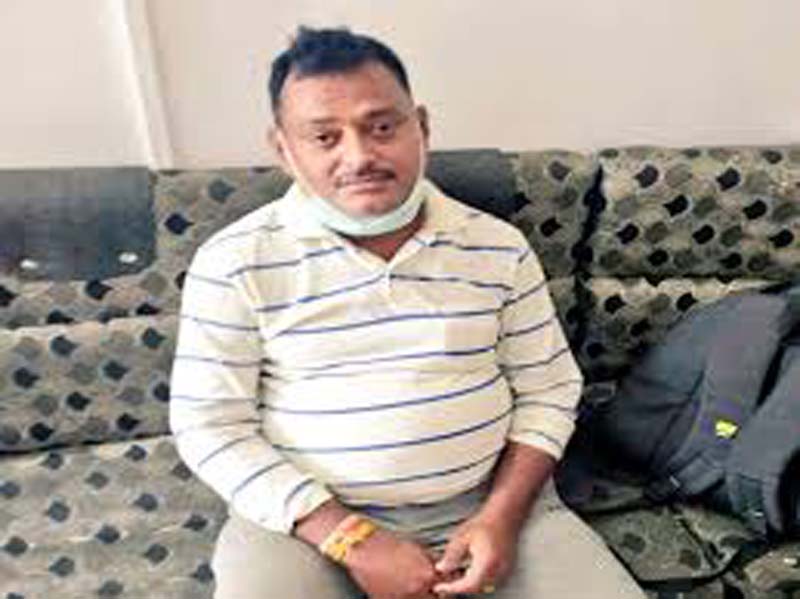 BHOPAL/LUCKNOW, July 9: Alleged gangster Vikas Dubey was arrested outside a temple in the pilgrimage city of Ujjain today after purchasing prasad and an entry ticket to the shrine, ending a six-day manhunt for the man accused of masterminding a deadly ambush on a police party outside his home in Kanpur.
Madhya Pradesh Home Minister Narottam Mishra said two of Dubey’s associates were also arrested.
“We have arrested Dubey and he is in our custody,” Mishra said. “Dubey arrived at the (Mahakal) temple in his car. A police constable identified him first, after which three others (security personnel) were alerted and he was taken aside for questioning and later arrested,” Mishra said.
However, temple sources gave a slightly different account. They said Dubey reached the temple gate in the morning and purchased a Rs 250 ticket from a counter near the police post. When he went to a nearby shop to buy prasad for the deity, the shop owner identified him and alerted police, they added.
It is not clear if he was arrested immediately, before he could enter the temple, or later when he came out of the temple after performing darshan, as some media reports said.
When the cops asked him his name, he loudly said “Vikas Dubey”, following which they and private security personnel deployed at the temple nabbed him, the sources said.
Asked who had identified the gangster first, Mishra said: “We will share details after going deep into the matter. It is a matter of intelligence and we can’t reveal it now.”
“It is a big achievement for the Madhya Pradesh police. They were on high alert after the Kanpur incident,” Mishra told reporters.
Carrying a reward of Rs 5 lakh for information leading to his arrest, Dubey had been on the run since last Friday night when a police party, which had gone to arrest him from his house in Bikru village in the Chaubeypur area of Kanpur, was ambushed. The group was caught in a hail of gunfire from rooftops, which left eight policemen, including a Deputy Superintendent, dead.(PTI)