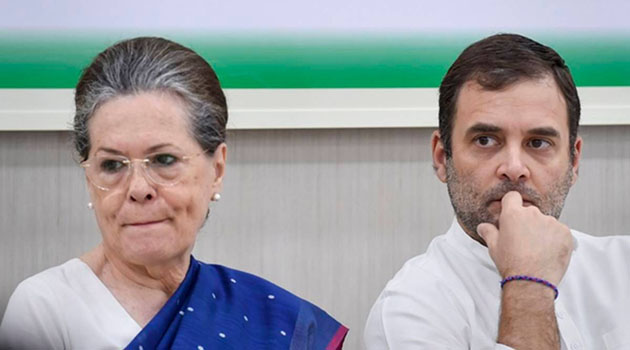 Dr. Satwant Singh Rissam
Every Congress party office bearer says that Congress is ready to take on BJP. But Congress which is even not ready to handle its own internal crisis, how will it fight BJP and dream of running the country again! We have seen what Congress has gone through in Punjab. This reflects that Congress in present political scenario cannot even run states which it has already won. The impact of this is now visible within the non-BJP and non-Congress parties as all such parties are slowly going away from Congress. In past few weeks, many political leaders including from Congress, have started siding with Mamta Banerjee led TMC. The truth is that until and unless the infighting and the differences are sorted out within the Congress party, there can be no good political results for them. The quicker they get together under the leadership of Sonia, Rahul or Priyanka only then political situation will start changing for Congress. ‘Dharnas’ and ‘protest politics’ won’t bring change in Congress fortunes.
However, this won’t be easy as the Gandhi’s themselves are in dilemma as to which Gandhi should lead the Congress in prevailing internal crisis. On the other hand, the problem facing the Congress party is the ‘floating idea’ that it needs someone outside of Gandhi family to lead it. Because by now Gandhi’s are unable to win many elections and leaders belonging to G-23 group are openly raising voices for this change. The members of this G-23 group aren’t the only ones in the Congress party who want change in the party, many others support same thought but they aren’t raising voice. Furthermore, adding to all this trouble is that Sonia Gandhi in this crucial period isn’t willing to give leadership to someone outside of Gandhi family. All Congress leaders want a full time president for the party as the term ‘interim president’ itself gives out a negative signal and has helped in creating various factions within party. And interestingly Rahul Gandhi isn’t ready to take the charge as a full time president. Amid all this, the leaders of G-23 group aren’t ready to give up their demand to change president, as every now and then they raise voice against top leadership and it was evident during their Jammu visit too. All leaders of G-23 have practically become inactive across country and even Ghulam Nabi Azad who is also member of this G-23 group has gone silent on political matters raised by Congress high command in J&K.
It is only the Congress which can take on BJP due to its presence across the nation and with 2024 approaching time is running out for Congress to settle its internal problem. There is one thought prevailing among the voters and supporters of Congress party that like Indira Gandhi, who had split the Congress to take on internal infighting and later revived party, Gandhi’s must decide to either expel all rebels or split the party so that the worker knows about the real Congress party. Certainly, this could be a big threshold moment for Congress. However, Sonia Gandhi must plan systematically to avoid repercussions it would bring for Rahul and Priyanka as there would be very little left to bargain with the Congress leaders to stay with them after any such split. But primarily this would help Congress and next in line Congress leaders which were sidelined due to various reasons. Congress party has done enough reviews of 2014 and 2019 debacle and party has to come out of all fears to repair and revitalize as fear on its existence lies ahead!