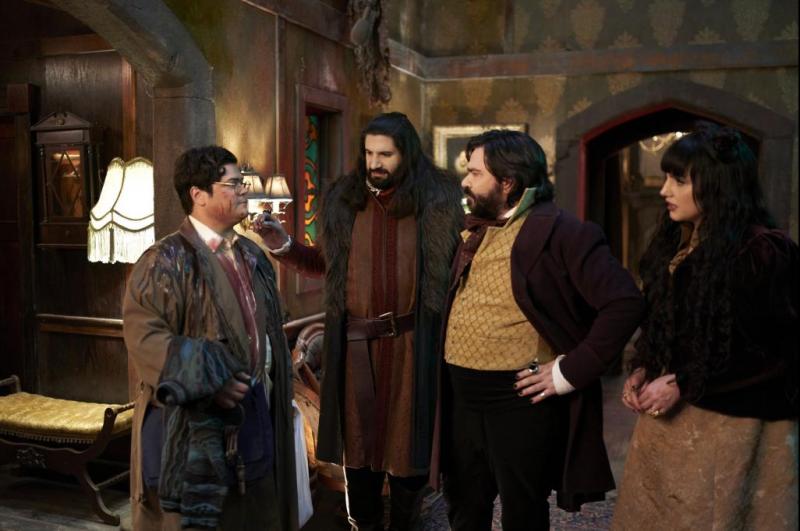 Los Angeles, May 23: FX has given a season three order for its hit vampire comedy series “What We Do in the Shadows”.
The show, based on the 2014 feature film of the same name by Taika Waititi and Jemaine Clement, debuted on FX in March, 2019. Its second season dropped in April this year, according to The Hollywood Reporter.
The show follows three vampires, Nandor (Kayvan Novak), Lazslo (Matt Berry), and Nadja (Natasia Demetriou), who have been roommates for hundreds of years.
Waititi, Clement and actor Jonathan Brugh, also guest star in the show, reprising their characters of Viago, Deacon, and Vladislav from the original film.
“We’re incredibly happy that critics and audiences are all in on ‘Shadows’. Week in and week out, the producers, writers and our amazing cast continue to make one of the funniest and best comedy series on TV,” said Nick Grad, president original programming at FX.
Waititi and Clement serve as executive producer with showrunner Paul Simms, Scott Rudin, Garrett Basch, Eli Bush and Stefani Robinson. (PTI)