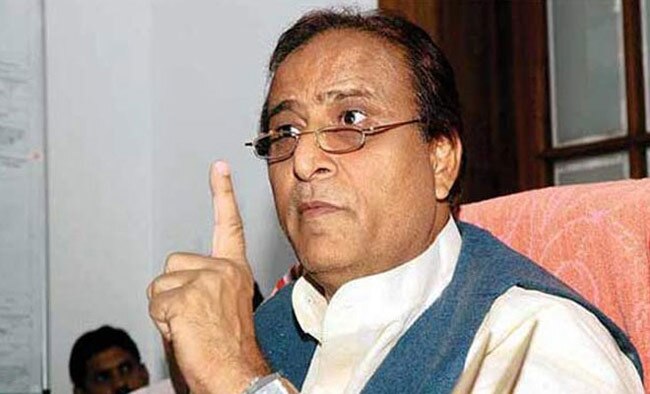 RAMPUR, Aug 29: A fresh FIR has been filed against Samajwadi Party MP Mohammad Azam Khan and others in connection with a land grabbing case on Thursday.
The Rampur district authorities had already registered more than 30 cases against Khan on changes of land grabbing, alleged dacoity, criminal conspiracy and forgery.
The fresh report was filed against Khan, former circle officer Aale Hasan, Fasahat Shanu and Veerendra Goyal by one Nanhe, whose land was taken along with others’ for the construction of Rampur Public School. The complainant alleged that the land offered for rehabilitation in exchange for his original property was later taken from him again.
SP Rampur Ajay Pal Sharma told reporters here on Thursday that Nanhe and some others had complained that his land was grabbed and house demolished, after he was promised another piece of land in exchange.
“However his household items, jewellery and animals were looted during the process. The claims made by the complainant were found true in investigation. Further investigation is going on in the case and based on that further action will be initiated,” he added. On Wednesday, the district court had dismissed Mr Khan’s application for an anticipatory bail in 28 cases of land grabbing filed by Aliyaganj farmers and allegations of book theft. However, pleas filed on behalf of the lawmaker were heard and judgment was reserved.
Now, the SP MP has moved the Allahabad High Court seeking anticipatory bail in the cases. Rampur district administration had recently razed down the boundary wall of Azam Khan’s luxury resort ‘Humsafar’, which is allegedly built on a nullah owned by the irrigation department. The resort was inaugurated by former chief minister Mulayam Singh Yadav when the Samajwadi Party was in power in the state. (PTI)
The MP from Rampur has already been booked for grabbing land for the Mohammed Ali Jauhar University.(UNI)