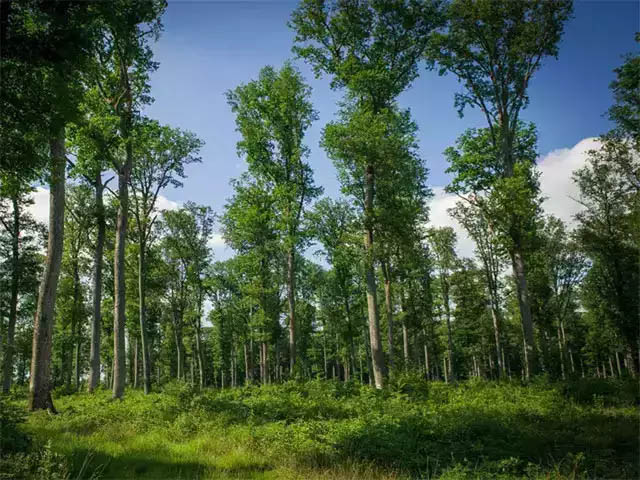 Muneer Ahmad Magry
The 85 million scheduled tribes in India, have been struggling since independence for their indisputable rights, the rights are legitimate altogether to retain their identities and seek empowerment through the legislative framework of our country. If we gaze more exclusively into their wheeze, this community has toddler mortality rate and malnutrition always at a crest, this group of Indian citizens have been subject to suffer geographical and social exclusion, high poverty rate and lack of access to appropriate administrative and judicial mechanism has been a quandary. There has been a low level of infrastructure endowments in their crate when compared to the rest of India. The predicament of tribal community is almost identical across the country, the biggest plight tribals are subjected is access to land and their permissible rights. This vulnerable group has fought for land right over the decades and finally, a reprieve came their way in 2006, when the Government of India after a long pending demand came up with a much-awaited law termed as “The Scheduled Tribes and Other Traditional Forest Dwellers (Recognition of Forest Rights) Act, 2006 (also known as the Forest Rights Act)”. The tribal community professed this landslide act to be the game-changer in their dwellings. This act guarantees “Title rights – Ownership to land that is being framed by tribal’s or forest dwellers subject to a maximum of 4 hectares; ownership is only for land that is being cultivated by the concerned family, meaning that no new lands are granted. Use rights – to minor forest produce (also including ownership), to grazing areas, to pastoralist routes, etc. among the other rights. Thus in totality this act guarantees and describes the social, economic, and political guarantees to scheduled tribes.
Applicability and progress so far across the country:
After the enactment of FRA, 2006 there has been a mix of domino effects, the section of tribal community are at a halt and lagging the rights assured and promised by this legal constitutional framework. But there has been a diminutive achievements also, but not the way it was foreseen. To date as per the data of Tribal Affairs Ministry only 1.9 million are titleholders out of more than 80 million by the end of 2019. Only about 41 lakh hectares of land have been identified under FRA. Only 50% o IFR title holders are registered under MGNREGA.
In the current state of affairs under COVID-19 pandemic when the economy of the country is in melancholy, it is believed that “If recognized forest land would be developed under MGNREGA, it would spawn 83 million man-days and remuneration worth 16733 million rupees.
Union Territory of Jammu and Kashmir and Forest Rights Act:
According to the 2011 Census, Scheduled Tribes form 11.9% of Jammu and Kashmir’s population. However, voices are rising that Gujjars and Bakerwal constitute up to 20% of 12 million population in Union Territory. In the erstwhile state of J and K the applicability of the Forest Rights Act, 2006 was omitted due to constitutional and legal standings. But after August 5, 2019 when article 370 was downgraded the Central Government put forth the Jammu & Kashmir Reorganization Act in the parliament. As per this Act, 153 Acts of the former state of Jammu and Kashmir have been repealed, 166 Acts have been retained from the former state and 106 new laws have been applied to Jammu & Kashmir. Amongst these laws the Forest Rights Act was got also applicability in Union Territory of J and K.
Now it has been almost nine months down the line there has been no indication of implementation of FRA in J and K, the status quo is inevitable. It is to be noted that most of the tribal community in J and K, almost one million Gujjars live in upper reaches of western Himalayas and solely depend upon livestock rearing and small-scale agriculture. Also mostly this community depends on forest land for their livelihoods and shelter – most of them don’t own any land or shelters. Gujjars and Bakerwals are spread across almost every district of J&K, though a majority of them are concentrated in Poonch, Rajouri, and Reasi districts.
Over the years, many pastures have remained out of limits for nomads because of insurgency in Kashmir. The past few weeks have also enlightened us on how bakarwals were treated in the Jammu region of UT. If this act is implemented with full lucidity and candor, this can be a game-changer for the tribal community in J and K also; it will benefit around 11% of this populace by pushing them into the mainstream, the social, economical and political endowments of this community will get safeguarded and the long-standing plight will be overshadowed.
Tailpiece: A report by Center for Policy Research, New Delhi, states that: “38% of the Forest Cover in India lies in the Scheduled Areas districts (123 districts of 640). Almost 30% of the fifth schedule area districts and 76% of the sixth schedule area districts are under forest cover, the concentration of forest cover over in scheduled area is just over two and half times than that compared top rest of the country. The symbiotic relationship of this community and nature has led to the above facts. Thus in J and K, the same narrative holds factual the symbiotic relation between Gujjar and Bakerwals with nature has protected the forest here for decades. Gujjars and Bakerwals have been dwelling in forests since time immemorial, thus possess a great indigenous proficiency of utilization pattern of forests produces and non-forest timber products. This community has cosseted the prosperous diversity of natural resources for decades. They fetch essential supplies only and in turn owe fortification of the forests. Hence there is an urgent need to implement FRA in J and K also, so that this group dwells with dignity and stateliness.
(The author is a Research Scholar)
feedbackexcelsior@gmail.com 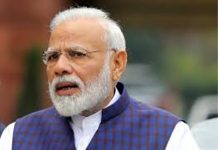