Dr. Ish Munjal
Decency seemed absent amidst the ongoing hullaballoo of the 17th Lok Sabha elections in India. Issues relevant to the needs and aspirations of the common man were marginalized. The urge to win elections was so overwhelming that candidates almost indulged in a rather flagrant violation of the model code of conduct. In an aggressive bid to win the TRP race, TV channels ran countless debate that discussed issues that were neither relevant nor of national importance. Speeches of some politicians, though severely lacking in meaning, divided the voters who attributed their own, often dangerous, interpretations. In the midst of personal attacks on each other, politicians often appeared to even forget the integrity and dignity associated with the posts they were fighting for. As crowds ran amok to display the strength of the politician in the rallies, it almost seemed as though the law and order of the country itself appeared to be a joke for such leaders. During a roadshow in Sultanpuri, New Delhi, a couple of days ago, Chief Minister Arvind Kejriwal was slapped. BJP President Amit Shah’s mega road show in Kolkata on May 14, 2018, saw utter commotion and violence being unleashed that led to fire being set outside a college and many people being injured. Even Hardik Patel was slapped by an onlooker, identified as Tarun Gujjar, during a rally in Surendranagar, Gujarat.The list goes on…pointing at the inadequate arrangements made during such rallies and roadshows?? So intense is the animosity amongst the politicians and parties that the idea of ‘clean and just politics’ seems almost non-existent. Today questions are, in fact, being raised about why so many road shows or rallies are even needed in the first place as not only do they cost a lot, they also come with the fear of a mishap. I almost wonder, how is it that some of these politicians manage to show so much strength and money power in such rallies when there is a limit set to such spends during elections. Whether it is the Assembly elections or the General elections, the ideals of politics seem absent during them. In today’s era of social media, what purpose do these rallies even serve in the first place? An estimation of this for the 4126 assembly seats and 543 Lok Sabha seats does not paint a pretty picture – 300-400 meetups (rallies, roadshows, etc) for a Lok Sabha constituency and 150-200 election meetings for an assembly seat is common.
No matter the scale or nature of the meetings, the goal remains the same – get as big a crowd as possible. So from the party workers to the office bearers, everyone gets into fulfilling this one basic command. Here, the strength of the crowd almost stands for the strength of democracy. It’s ironical that most of the people in such rallies are blissfully unaware of who the leader who’s conducting it is! They might just be the daily wage
earners, oblivious to who wins, loses or exists as long as they get the money for attending the rally! The police forces always have to be prepared in case any untoward incident takes place and additionally, all the logistical preparations of a road show or rally also mean that money is being spent like there’s no tomorrow. My question is, in today’s digital era, what exactly is the message that political leaders are trying to spread via these rallies and road shows? Do they think that by amassing a huge crowd and making fiery speeches they can gain a psychological advantage over their opponents? Perhaps, they can learn from the way elections are conducted in the US. If India prides itself on being the world’s largest democracy, US is the world’s oldest democracy. The first elections there took place over 200 years ago, in the year 1804. The candidates work towards getting the support of the voters and simultaneously engage in various television debates that are seen by the entire nation.
The last three debates are pivotal here as issues related to the welfare of the country and ones that directly impact the voters are discussed there. Many countries, in fact, prefer this way of choosing the people’s representatives and are implementing similar techniques. Then what’s holding India back? Mediums like Facebook and Whatsapp can be used for dissemination of their messages; the parties as well as the candidates can get time on Doordarshan where they can present their vision to the voters and even take on some audience questions while doing so. Interactions via questions and answers or sessions with the candidate of a select group of voters might prove to be useful here. At least they would put a stop to the disgraceful comments and vile statements made by the politicians to incite the voters. Remember Pragya Thakur, Mayawati or Yogi Adityanath’s comments that led them to even get banned for a coupleof hours? But the ban is never enough? Not just putting an end to these rallies, the exhaustive list of expenses during elections needs to be thoroughly re-examined.
The ideal code of conduct should become a norm, something that every candidate should be known for. We should work towards a system where crowds are not misused, where a speech does not turn into a slur fest and where the term ‘fighting an election’ is replaced by ‘healthily contesting an election’. Perhaps, stricter measures by the election commission or even the respective political parties can be a great place to start.
(The writer is a Jaipur based Medical Doctor and Social Activist).
feedbackexcelsior@gmail.com 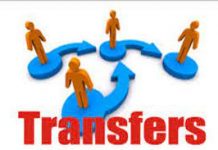 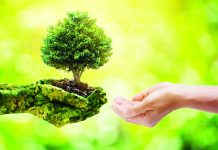 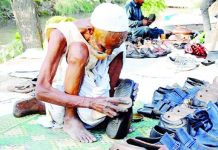