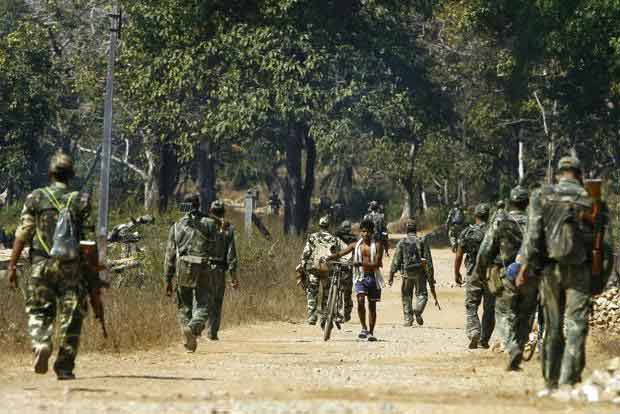 NEW DELHI: In order to better equip the CRPF for operations in LWE affected areas and in the Kashmir Valley, the government for the first-time has allowed the force to directly utilise Centrally-sponsored SRE funds for building infrastructure facilities for its troops, officials said.
Faced with tardy pace of creation of camps, barracks and other living facilities in its main operations theatres, the Union Home Ministry has allowed the paramilitary force to directly draw from the Security Related Expenditure (SRE) funds after seeking approval from respective states to whom this money is made available by the Centre.
The SRE scheme is granted by the Union government to Left Wing Extremism (LWE) hit and insurgency affected states of the country for the purpose of reimbursement of security-related expenditure like transportation, communication, hiring of vehicles, stipend to surrendered Maoists, construction of infrastructure for forces among others.
Creating good living facilities and providing modern weapons and gadgets to forces is the most important measure when it comes to keeping high the morale of these men deployed in some of the toughest areas of operations, a senior official said.
There was a considerable delay in getting work infrastrucutre done by way of getting the funds from states for accomplishing these tasks and hence it was devised that the SRE amount could be directly utilised by forces like the CRPF to get their job done, he said.
The official added that the CRPF, designated as the lead anti-Naxal operations force of the country, recently got constructed camps in Bijapur district of Chhattisgarh from these funds while work is on to create these facilities in Sukma and Dantewada districts located in the worst-hit Bastar region of the state.
Similarly, a good number of CRPF camps are being refurbished and fortified in Kashmir valley by directly utilising SRE funds, he said.
The Central Reserve Police Force (CRPF) has deployed about a lakh of its personnel for LWE operations and given the remote and interior locations of their camps, the jawans have to render their duties by availing less number of facilities as compared to any other location.
A good number of camps of the force in the Kashmir valley require upgradation and enhancement of security features like creating tall perimeter walls and multi-layered physical obstacles to keep them secure and prepared against terrorist raids.
The force has deployed about 60 battalions (about 60,000 personnel) in the valley for counter-terrorist and law and order tasks.
While getting good and adequate number of weapons, vehicles and gadgets has not been a problem for the force, the official said, acute shortage of good living conditions has been a big challenge for the paramilitary to ensure.
“A number of infrastructure creation works are expected to be accomplished by the end of this financial year in March next year with the help of this first-time measure,” the official said.
The CRPF is the country’s largest internal security force with over 3 lakh personnel in its ranks. (AGENCIES)