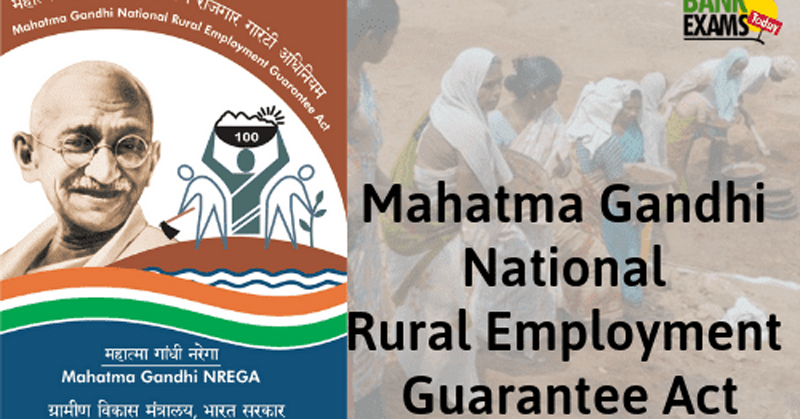 Exercise to begin shortly for filing posts in other districts

Mohinder Verma
JAMMU, Jan 12: Finally, the Government of Union Territory of Jammu and Kashmir has engaged Ombudsperson under the Mahatama Gandhi National Rural Employment Guarantee Act (MGNREGA) for eight districts in order to ensure speedy disposal of the complaints regarding implementation of the flagship scheme of the Union Government.
Moreover, an exercise will begin shortly for filling these posts in other districts in the light of poor response to the advertisement issued earlier by the Department of Rural Development and Panchayati Raj.
The EXCELSIOR in its edition dated December 28, 2020 had exclusively highlighted sluggish approach of the Government in the appointment of Ombudsperson under the Government of India’s flagship scheme, which is aimed at ensuring development in the rural areas along with generation of employment for the locals.
It was also reported that due to dilly-dallying approach on the part of the concerned authorities the vital point of MGNREGA guidelines aimed at ensuring transparency and accountability in the implementation of scheme had remained unimplemented.
Finally, the Department of Rural Development and Panchayati Raj has issued order for engagement of Ombudsperson under MGNREGA in respect of eight districts of the Union Territory and defined their powers and responsibilities.
“As recommended by the Selection Committee constituted vide Government Order No.699-JK-GAD dated July 14, 2020 and in pursuance of the provisions of Section 27(1) of MGNREGA, sanction is accorded to the engagement of Ombudsperson in eight districts”, read the Government order, the copy of which is available with EXCELSIOR.
Anil Kumar Gupta, former Secretary Housing and Urban Development Department has been appointed as Ombudsperson for Jammu and Reasi districts while as Angrez Singh, a resident of Housing Colony Udhampur has been appointed as Ombudsperson for Udhampur and Ramban districts.
Similarly, Arun Kumar Sharma, a resident of Parade Jammu and Rashida Akhter, a resident of Zainkote HMT Srinagar have been appointed as Ombudsperson for Samba and Kathua and Srinagar and Budgam districts respectively.
“The appointment of Ombudsperson for rest of the districts of the Union Territory will take some time as Department of Rural Development and Panchayati Raj will have to issue fresh notification in view of poor response to the earlier notice inviting applications from the eligible candidates”, official sources said, adding “till then the complaints regarding implementation of MGNREGA scheme will be looked into by the officers of the Department of Rural Development and Panchayati Raj”.
The Ombudsperson will have the powers to receive complaints from MGNREGA workers and others and consider such complaints and pass awards within 30 days from the date of receipt of complaints. For this purpose, the Ombudsperson may require the MGNREGA authority to provide any information relating to the subject matter.
Moreover, the Ombudsperson are empowered to issue direction for conducting spot investigation, initiate proceedings suo moto in the event of any circumstances that may cause any grievance including on issues related to delayed payment of wages or non-payment of unemployment allowance. Even the Ombudsperson can direct redressal, disciplinary and corrective actions.
The Ombudsperson will be responsible for ensuring proper processing of complaints and grievances made or reported and maintaining confidentiality of any information coming to his/her knowledge or possession in the course of discharging duties.
They will send a quarterly report to the Chief Secretary and Secretary, Nodal Department recommending appropriate action. The report will specifically highlight cases where action needs to be taken against erring MGNREGA functionaries for their failure to redress grievances. The report will be accompanied by primary evidence needed to initiate action against the delinquent persons.
“In the annual report, the Ombudsperson will review the quality of the working of MGNREGA guidelines handled by him/her and will also review the quality of the working of the MGNREGA authorities and make recommendations to improve implementation of scheme”, the guidelines said.