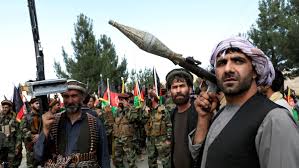 As almost concluding step to completely pull out from war in Afghanistan after twenty years,US forces handed over the Bagram Air Base near Kabul to Afghan forces on second of this month. The decision to withdraw American troops from Afghanistan was announced by the then US President Donald Trump. Although the present US Joe Biden administration endorsed the decision after it assumed office early this year,it delayed full withdrawal till twentieth anniversary of attacks on World Trade Centre and Pentagon on 11.9.2021. By now it has almost completely withdrawn its forces stating that some of its troops will remain till September.
These attacks on World Trade Centre and Pentagon on 11th September in 2001 had prompted the USA and its NATO allies to launch war to remove Taliban regime in Afghanistan and eliminate Al Qaeda led by Osama Bin Laden who were in Afghanistan under protection of Taliban. About two months later in November US backed forces entered Kabul after Taliban withdrew. In December the same year US forces bombed Tora Bora caves where Osama Bin Ladin was hiding but he crossed over to Pakistan. Unexpectedly about two years later in May 2003, the USA prematurely declared an end to its major combat operations in Afghanistan.
In the wake of near complete withdrawal of US forces from Afghanistan, instead of full cease fire,fighting between Taliban and US backed Afghan National Army has escalated. In latest fighting over one thousand Afghan security personnel have been forced by Taliban to cross border and flee to Tajikistan. Taliban now reportedly control about a third of four hundred and twenty one districts and district centres in Afghanistan. There are apprehensions that after US troops complete their pullout,Kabul may also fall to Taliban. Dark laws prevalent under the then Taliban regime during nineties have again surfaced in areas under Taliban control and they are also insisting on trials without evidence.
Obviously USA is leaving Afghanistan without achieving its major strategic aim of ending terrorism in the region. In 2003 too when it was in a far better position and about to completely eliminate Taliban and terrorism, it surprisingly shifted its focus to invasion on Iraq leaving Taliban free to regroup. This indicates that the world is not yet fully attuned to the ideal or now the practical necessity of maintaining peace which could ensure emergence of a global human civilisation and remove threats that endanger even survival of mankind. It does not appear that USA, as super power considered all pros and cons or implications when it shifted focus from ending terrorism in Afghanistan to invasion on Iraq in 2003 and now about its premature withdrawal from Afghanistan.
The decision to withdraw American troops from Syria and Afghanistan was announced by the then US President Donald Trump early in 2019. The decision was widely and vehemently criticised both within US and outside. Criticism of the decision mainly revolved around two points that withdrawal should be gradual and that US should maintain offensive presence till terrorism is fully rooted out. In an article “American troops withdrawal from Asian perspective”, this writer on short visit to US, also criticised the decision. Excerpts from the article dated 5.3.2019 are reproduced as under:-
Excerpt begins:”Viewing troops withdrawal from an Asian perspective, things become more clear. In 2003 America surprisingly started to divert its focus from Afghanistan to Iraq. This caused great dismay to those who wanted sanity return to Afghanistan after decades of turmoil through complete elimination of Taliban. Initially deception prevented America to fully perceive the fact that after indoctrination of Taliban in `Madrasas` to turn them into a fighting force, Pakistan itself turned into bastion of terrorism. It wanted Taliban to remain intact not only to cater to pan-Islamism but also to turn Afghanistan virtually into its backyard against India. Public opinion too in Pakistan was against American war effort in Afghanistan. When criticised for aligning with west in the war,the then Pakistan President General Parvez Musharaf reportedly stated that had he not done so,America might have taken action against Pakistan too. This indicates intensity of apprehensions and expectations from this intense war against terrorism in 2001.
Failure to understand terrorism and its dynamics in its proper perspective gave a further fillip to radical Islam and growth and emergence of more and more terrorist outfits. It prolonged war in Afghanistan and further consolidated Pakistan as terrorist bastion with state patronage and at the cost of billions of dollars provided by America to it in the name of fight against terrorism. Ultimately this also helped in emergence of IS and a Caliphate. Obviously it will not be wise to leave the field again completely open for terrorists even though disarrayed and dis-aggregated. Even only proposed withdrawal of half of American troops from Afghanistan has reportedly led Taliban to believe more strongly that America is bound to leave the country any way and that negotiations for withdrawal need not be taken seriously.” Clearly for security and safety of not only Afghanistan but the region and the whole world, military action against Taliban should not have been abandoned till it had got again assimilated with the civilian population.” (excerpt ends).
US decision now to pull out completely but prematurely from war in Afghanistan has still greater potential to disturb peace and lead to escalation in terrorism in the present changed geopolitical situation of the world. The primary aim now has to be to see that gains made in Afghanistan in establishing elected democratic governments and curbing terrorism are not only maintained but improved upon. But in view of conflicting interests,group or individual efforts may not be sufficient to reconcile the conflicting interests. Focus may again shift to UNO which will have to see that terrorism is completely eliminated and democratic structure made stronger. Had the world body been reformed and made fully representative it would have been in a far better position to do so.
(The author is Accredited
Freelance Journalist/ Producer) 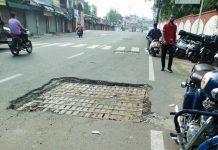