Excelsior Correspondent
Srinagar, Nov 25: Continuing with its fast unto death which has now completed more than 72 hours, the Kashmir Pandit Sangarsh Samiti (KPSS) today said that it feels cheated and backstabbed by the Administration of UT by not adhering to their promises and commitments.
In a statement issued here, the Samiti said: “KPSS feel cheated and backstabbed by the Administration of UT for not adhering to their promises and commitments that were expressively and verbally conveyed to us during the First phase of Fast-Unto-Death Pledge.”
The Samiti said that on 30th September 2020, it called off Fast-Unto-Death Pledge when the Deputy Commissioner, Srinagar Shahid Iqbal Chowdhary, on behalf of Administration assured in writing that the Charter of Demands will be discussed logically.
“Though worthy Deputy Commissioner, Srinagar tried his best to arrange and organize meetings but the authorities behaved in an autocratic way and used all the bureaucratic stunts and excuses to avoid the meetings which could have resulted in logical solutions to the issues,” KPSS said.
KPSS said that it believes that Non-Migrant Kashmiri Pandits are paying the cost “of being “Indian” living in Kashmir Valley.
“Though the ruling party and administration are investing time and money and formulating policies to bring masses into the mainstream of the “Indian system” but the born “INDIANS” of Kashmir Valley are neglected and punished who stand for the Country and contribute towards “Nation” in the hour,” it said.
It said that the vested interest groups who stayed back in Kashmir Valley despite armed insurgency and political turmoil “are creating situation adverse for our survival and staying back in Kashmir Valley.”
KPSS said that though the ruling party workers are presently trying to woo people to vote for them in District Development Council Elections “but the nationalist who always stood for the integrity of Country are denied survival despite directions and recommendations from the higher authorities forcing KPSS President Sanjay K. Tickoo and Youth Activist Sandeep Koul to go for the second phase of Fast-Unto-Death pledge.” 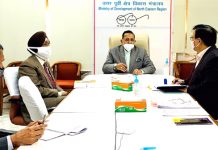 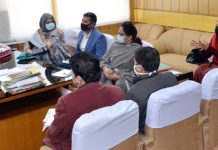 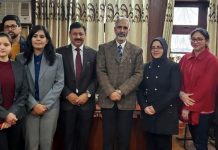 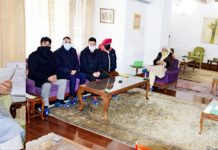 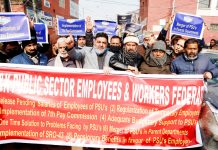 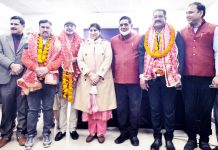 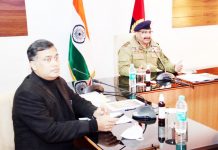 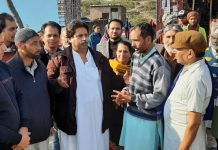 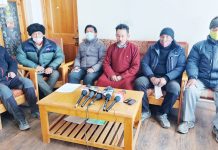 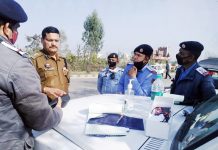 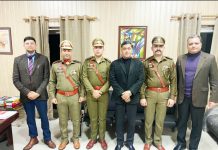