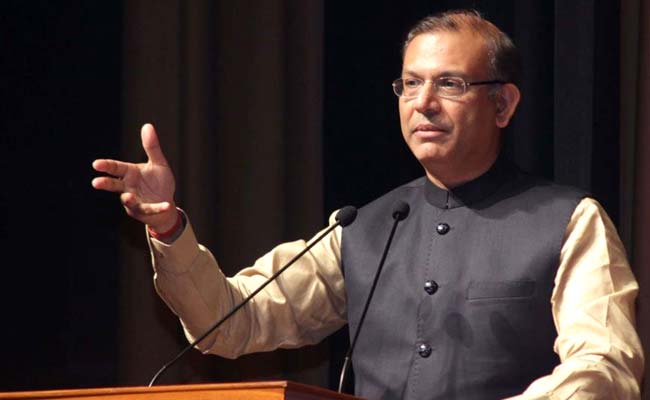 NEW DELHI:Lauding the Government’s performance on the economic front, Union Minister Jayant Sinha  on Monday said tax to GDP ratio rose and the fear of “tax  terrorism” was gone during its tenure.

After demonetisation, the tax compliance increased during 2017-18, the Minister of State in the Civil Aviation Ministry said while intervening during the debate on the interim Budget in Lok Sabha.

Taking a dig at the UPA, he said earlier the development of country was at the pace of a cycle, but under the NDA government it was moving at the speed of an aeroplane or a rocket.

If the last four budgets were cakes, then this Budget is the iceing on the cake, Sinha, who was earlier a junior  minister in the Ministry of Finance, said.

The Minister said that there has been change in the behavioural economics in the country. “The tax to GDP ratio has increased from 10 per cent during the UPA rule to 12 per cent under our government,” he said.

“Our taxation system has simplified and become more efficient. The fear of tax terrorism has gone,” he said

Slamming the Congress for targeting the government on the Rafale deal, he said the UPA could not even buy bullet- proof vests for the Army for 10 years. (AGENCIES)