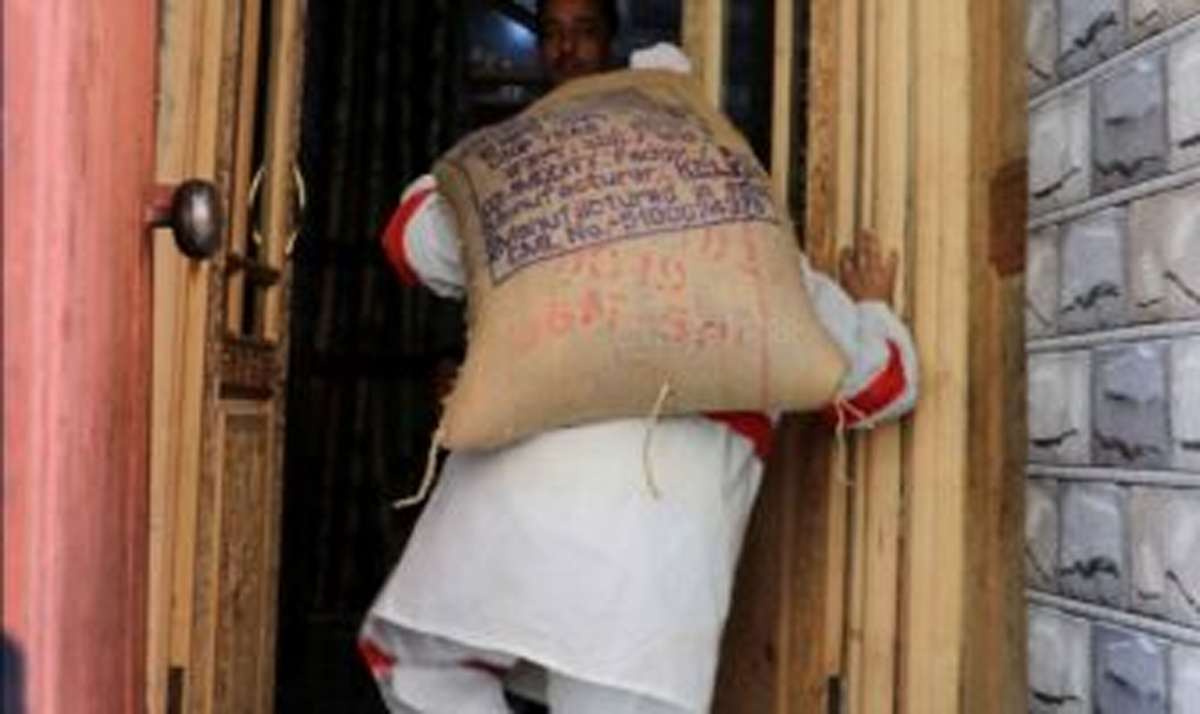 JAMMU, July 8: The Department of Food, Civil Supplies and Consumer Affairs, J&K has failed to make recovery, impose penalty and lodge an FIR against the accused involved in the pilferage of over 76,180 liters of kerosene oil in district Rajouri.
The startling revelations about pilferage/ black marketing of huge quantity of CAPD kerosene oil came to the fore on the basis of fresh complaint filed before the Secretary Food, Civil Supplies & Consumer Affairs, J&K, Simrandeep Singh recently by the aggrieved public. It was alleged that kerosene oil supplied to most of the CAPD kerosene oil dealers goes in the black and is hardly made available to the public in Rajouri area and it is either used in trucks, buses and other vehicles after mixing with diesel or sold to Karyana shop owners. The general public is deprived of the supply.
This illegal trade is flourishing at large scale with the active connivance of some insiders in the department. Oil is not supplied to the depot and sold some where else after the quota is released by the Department officials. They pleaded to the Secretary to hold thorough probe, make recovery and lodge FIRs against the accused involved.
The case was also referred to the Crime Branch of State Police vide SSP/CB Jammu office No. 10246 on August 21, 2019 but the agency is said to be soft paddling over the issue and the matter could not be taken to the logical conclusion even after nearly `11 months of investigation’. Even the two reminders from the aggrieved people had no impact on the investigators, the sources added.
Giving further details, the sources disclosed that major source of pilferage was an oil depot on the name of one Gourav Kumar alias Gourav Ojha, son of Ved Parkash of Jawahar Nagar, Rajouri. Even being non-state subject, he managed to get this oil depot transferred illegally on his name from one Pankaj Vaid for village Mera Kote Dhara in Rajouri during 2017. But that depot remained operational about 10 kms away from the area for which it was allotted.
On the public complaint later that no oil quota is being provided in the area and their depot has been shifted some where else, the then Assistant Director initiated inquiry on the directions of the Director and suspended the license No. DFSJ/697-AKSO of Ojha, and stated that he had not transferred the license and moreover, he was not the authority for the purpose. He alleged that accused had tempered it illegally and action under rule will be taken against him.
Alleging cheating, tempering and forgery, the then AD FSC&CA, Rajouri Kewal Krishan suspended the license vide his order No. 426-30/AD/FCS&CA/R dated 07-08-2018 and forwarded the report to the Director , FCS&CA Jammu for further action.
Taking cognizance of the issue Director, FCS&CA Jammu Jitender Singh directed AD Rajouri Mukhtar Ahmed to hold inquiry about pilferage of quota, make recovery from the accused dealer/ dealers and other officials if found involved and also impose penalty for not providing kerosene oil to the public and selling in the black market. He also directed to lodge a police complaint in this connection.
Though the Inquiry committee under AD Rajouri and other officials worked out pilferage of 76,180 litres of kerosene oil vide Letter No. 261-64/TSO/FSC&CA/R dated 01-10-2019 and forwarded to the copy to the accused and higher authorities as well but no recovery could be made till date despite three reminders to the accused persons.
The recovery amount has been worked out and recommended around Rs 25 lakhs besides heavy penalty. Not even the FIR has been lodged against the accused persons. AD Rajouri claimed to have sent three reminders to the accused persons and late one was sent on March 19, 2020 but no response has been received so far. Legal proceedings are being initiated in this connection, he added.
Director FCS&CA Jammu Jitender Singh when contacted and asked why action was not taken against the accused dealer and the supervisory staff of the CAPD Rajouri said, he had already directed Assistant Director Rajouri to make recovery and impose penalty on the accused as they had failed to deliver CAPD K-oil to the public and instead sold in the black. He was not aware about the latest developments in the case.
The Director further said the Government would definitely make recovery of the amount against pilferaged huge quota of kerosene oil in Rajouri. The legal and departmental action against the accused will also be taken shortly. He claimed that no body was shielding the accused persons and it will not be allowed if anybody does so. The recovery of Government money will be made definitely, the Director maintained.